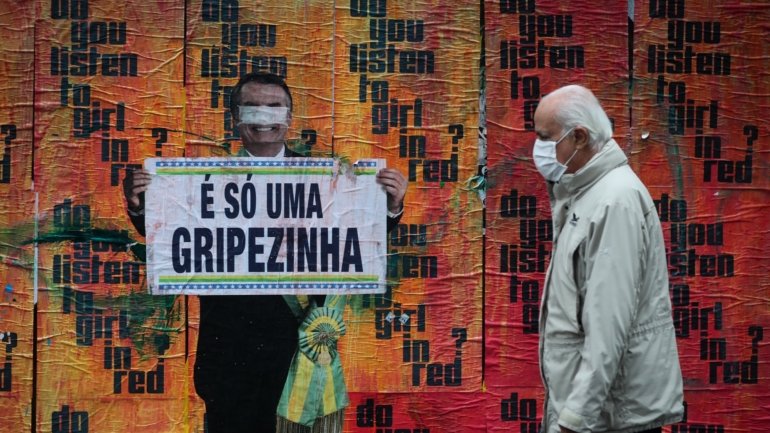 The Brazilian state of Amazonas canceled its deconfination plan and again imposed restrictions on Thursday, taking into account the increase in Covid-19 cases in recent weeks.

Amazonas governor Wilson Lima decided on Thursday to close bars, party houses and beaches for a period of 30 days, but has maintained classes in schools. The decision follows a further rise in the number of cases in the Amazon, which was the first Brazilian state to enter a health and funeral collapse due to the Covid-19 pandemic.

The situation has gradually improved since last May, but the authorities have revived the warnings due to non-compliance with social isolation measures.

We make this decision because of the lack of respect of some for the protocols. No one was wearing a mask and there were crowds. It ends up becoming a transmission target for Covid-19, ”the governor said.

Wilson Lima recalled that last weekend alone, two establishments which had gathered around 7,000 people had been closed. “I will not leave the clubs open and the schools closed,” the governor said.

The state capital, Manaus, had already triggered the “emergency” last week in response to an outbreak of cases, which is why it has imposed new restrictions and strengthened its health network which has grown. collapsed last April.

According to the city council, there have been recent records from medical surveillance teams that indicate an “increase in the spontaneous search for suspected cases of Covid-19” in the 11 clinics in the Amazon capital dedicated to the detection of positive cases.

Despite the increase in infections, authorities still believe it is still too early to speak of a “second wave” in the state, which totals 133,413 cases and 3,984 deaths. Brazil has already reached 4.6 million people infected and 139,000 deaths, making it one of the countries most affected by the pandemic, along with the United States of America and India.

Snapchat hits new heights in the third quarter of 2020

Instagram starts shopping on IGTV (and soon on Reels)