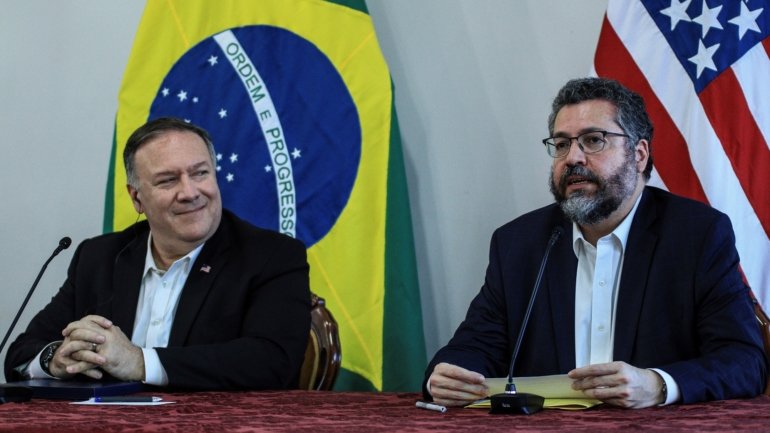 Brazilian Foreign Minister on Thursday defended the visit that United States Secretary of State Mike Pompeo made to the border region with Venezuela and said a translation error had caused unease .

Ernesto Araújo was invited by the foreign affairs committee of the upper house of the Brazilian Congress (Senate) to explain the visit last Friday, criticized by several parliamentarians who considered that the statements of the minister and Pompeo signified “undue interference in Internal Affairs. From another country, in this case, Venezuela.

Some lawmakers opposed to the Brazilian government have argued that Pompeo’s passage through this region would be a campaign act on the part of the President of the United States of America (USA), Donald Trump, who is seeking re-election in November.

Araújo explained that the meeting had been proposed by Pompeo, in the schedule of a trip that also took him to Suriname, Guyana and Colombia and in which, in any case, the Venezuelan crisis, which directly affects all these countries, was discussed.

Regarding the interest of the American secretary to visit Brazil, Araújo recalled that the country has welcomed more than 200,000 Venezuelans in recent years and that, to this end, he has prepared Operation Welcoming, at a cost of around 400 million dollars (342.7 million euros), which is supported by entities linked to the United Nations and the United States.

It was a great satisfaction on our part that Secretary Pompeo experienced Operation Welcome, ”Araújo told parliamentarians.

The representative of the Brazilian government justified that the United States is a major donor of United Nations refugee support programs and, therefore, its representatives have a great interest in knowing the project underway in Brazil to welcome refugees and refugees. immigrants who fled the severe economic crisis. and social in Venezuela.

“It is quite logical that the American Secretary of State, who has this contribution, who has this interest in contributing to Operation Welcome, goes to the premises of the operation,” he said.

The minister recalled that the visit lasted only a few hours and took place in the city of Boa Vista, capital of the state of Roraima, where he was able to see with Pompeo the facilities created to receive Venezuelans and then participated in a press conference.

It was precisely during the meeting with the journalists that, due to an error in the translation of the statements of the representative of the American government, inaccurate statements were published which motivated the invitation of the minister to explain himself to the Senate. .

In this conference [de imprensa] one of the items mentioned by Secretary Mike Pompeo has been the subject of controversy for a bad translation as we already know, because it is already published in the media. It was translated that he would have said: our world is coherent and we are going to take this person out and put him in the right place, ”Araújo justified.

The Brazilian minister explained that the statement sounded “as if [Pompeo] was referring to Nicolas Maduro ”, but in fact there was a translation error. Araújo quoted Pompeo’s statement in English and made a free translation, noting that the US secretary of state will have said: “Our work will be consistent and we will come to the right place.”

For the minister, this statement is “in the context of the entire interview where it was clear that [a frase de Pompeo] it took place from a humanitarian perspective, in defense of human rights ”.

According to Araújo, neither Brazil nor the United States “are doing anything against the Venezuelan people”, who are “subject” to “a dictatorial regime of the worst kind” and endure “the worst human rights situation. man never known ”in South America.

It was said [no Brasil] and perhaps one of the main criticisms of Secretary Mike Pompeo’s visit, that it was an election platform for the November elections in the United States. It’s not like that, ”Araújo said of the opposition accusation.

The representative of the Brazilian government recalled that the Democratic and Republican leaders corroborate the American objectives in Venezuela.

It makes no sense to think about it [a visita de Pompeo] as an electoral platform since there are no fundamental differences between the republican and democratic positions in relation to Venezuela. Everything indicates that if there is a Democratic victory in the November elections, the American attitude towards Venezuela will remain exactly the same, ”concluded Araújo.

Nuclear repository site: We have to manage the phase-out of nuclear energy alone – politically

Trump vs Biden in Nashville