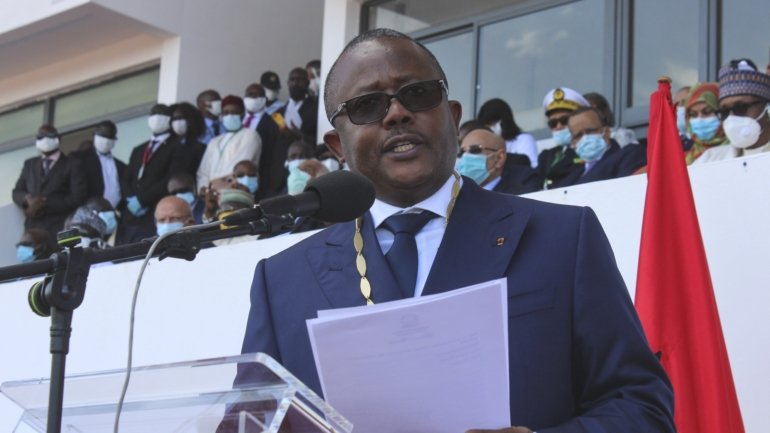 The President of the Republic of Guinea-Bissau, Umaro Sissoco Embaló, on Thursday called, in a statement made by video in French to the United Nations (UN), the continuation of international aid for reforms and development in the country .

Umaro Sissoco Embaló spoke in French in a video released this Thursday at the United Nations General Assembly in New York, thanking the international community for its help and follow-up in conflict resolution and with a call for the continuation of international observation and assistance.

The statements were made during the General Assembly debate, which this year is taking place mostly virtually, with the limited presence of people at the organization’s headquarters, due to the Covid-19 pandemic.

With the end of the mandate of the United Nations Mission in the country (BINUGBIS) approaching (…), the continued and unequivocal assistance of the international community, through articulation and coordination with the country’s authorities, is essential so that we can conclude the necessary reforms and follow our development path, ”said Umaro Sissoco Embaló.

The United Nations mission in Guinea-Bissau, BINUGBIS, which ends its mandate later this year, is in the process of transferring capacity to the United Nations office in the country and withdrawing completely by February.

The President, who took office on February 27 unilaterally, at a time without consensus on the election results, promised to “turn the page on the crisis” in Guinea-Bissau, giving more opportunities to women, to young people and future generations for “a bright future”.

I would like to take this noble platform to reaffirm to my people that under my presidency, I will do my best to turn this sad page of crises and conflicts in our history and work hand in hand with all Guineans to build a new Guinea. Bissau ”, declared the president, underlining the national independence day, celebrated this Thursday.

“During these 46 years of our history, our country has lived through difficult times in search of the path of stability and sustainable development for the well-being of its children,” said Umaro Sissoco Embaló, expressing his profound gratitude to the UN Secretary General, António Guterres and international partners.

The president of Guinea-Bissau assumed that the year 2020 was synonymous with many challenges, especially for the most fragile countries, “like Guinea-Bissau, an extremely vulnerable country because it is an African country. emerging from conflict, one of the least developed countries and one of the least developed countries. small island developing state, with enormous risks resulting from climate change ”.

The former Prime Minister (2016 to 2018) also underlined the importance of multilateral cooperation with the scientific community, in improving health systems but also in the development and equitable distribution of treatments and vaccines.

On the other hand, Sissoco Embaló praised the “notorious” participation of women in all social fields: “women have always been alongside men in political decisions”, he defended.

“Guinean women are the engines of positive change. They are the best conflict mediators, promoters of dialogue and peacemakers, ”said Umaro Sissoco Embaló, defending a“ priority role ”for women in multilateralism.

The request for cooperation from other countries in Guinea-Bissau has also been extended to young people: “we urge our development partners to continue supporting us with instruments such as qualified education and technologies to better empower our young people, in helping them as well. way not only to reduce the unemployment rate in our country, but also to guarantee a bright future for the next generation ”.

The Guinean president spoke out in favor of ending the sanctions and the American financial embargo on Cuba, praising the Latin American country for its solidarity and its fight against disease.

Barcelona loan Todibo to Benfica for one year | Transfer market

General practitioner, test centers or hospital: who can be tested where and who not? – Politics

It was the first time people traveled aboard the Hyperloop