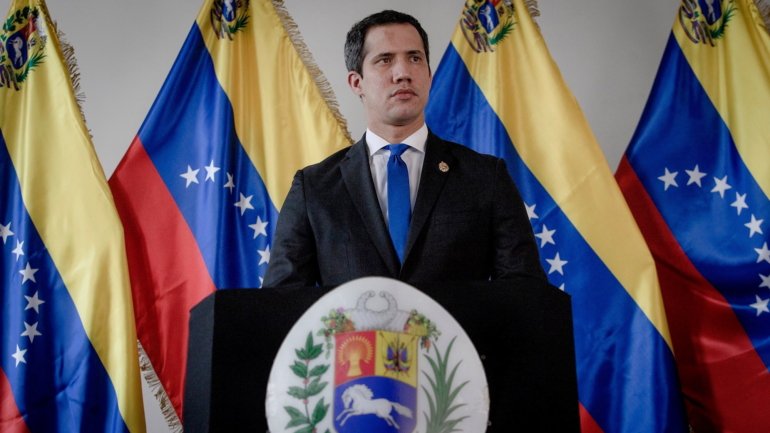 The leader of the opposition in Venezuela, Juan Guaidó, asked this Thursday, during an intervention at the Atlantic Council (Atlantic Council), for international support so that those responsible for the serious violations of human rights in this country are judged.

We must ensure that those who have committed crimes against humanity are brought to justice. It is very important that justice be done and that awareness is raised about these crimes, ”also stressed the president of the National Assembly (parliament), quoted by the Efe agency.

These human rights violations in Venezuela, recorded since 2014, are highlighted in the report of the United Nations International Mission of Inquiry. The document, which was released last week, accuses President Nicolás Maduro, Defense Minister Vladimir Patrino and other figures in high positions of power of committing crimes against humanity.

The report further suggests that courts outside the South American country, such as the International Criminal Court, adjudicate violations of fundamental freedoms.

Juan Guaidó also denounced, in front of officials, representatives of several organizations and other members of the Atlantic Council, in his video intervention, the humanitarian situation in Venezuela, which has worsened in recent months due to the Covid-19 pandemic.

The politician assured that there were “nine million hungry people, political prisoners, a minimum wage of less than a dollar and that the death rate of health professionals is among the highest in the world “.

Regarding the legislative elections, which are scheduled for December 6, Guaidó stressed that the opposition “is fighting for free elections” and “not for the farce that called the regime”.

We are convinced to exert pressure both internally and externally ”, he guaranteed.

The legislative elections planned for Venezuela are also questioned by the international community because it considers that they do not meet the conditions of transparency and freedom that elections demand in a democratic country.

Juan Guaidó explained that the opposition published a plan for “a transition that would bring a political solution to the crisis in Venezuela” and added that the most important thing is “a non-violent and respectful act and constitution”.

We cannot wait for a transition so that the seven million Venezuelans who need urgent aid are helped, especially those who are in other countries ”, he stressed.

The participants, members of the Atlantic Council, like the Deputy Minister of the Colombian Ministry of Foreign Affairs, Adriana Mejía, supported Guaidó’s request and defended the urgency of political change in Venezuela.

UK government to pay 22% of workers’ wages by March – Observer

Apple’s keynote has been mysteriously banned from Chinese streaming platforms