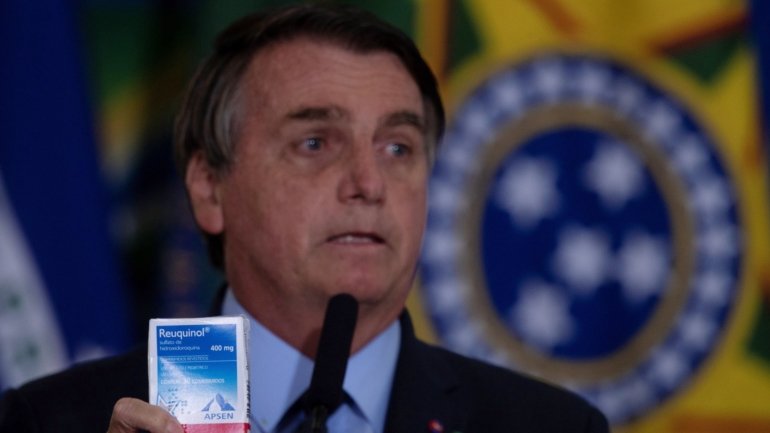 The approval of the Brazilian government, chaired by Jair Bolsonaro, has risen to 40%, the highest percentage since the start of his term, which began in January 2019, according to an Ibope Institute poll released on Thursday.

The survey, commissioned by the National Confederation of Industry (CNI), covered 2,000 people in 127 municipalities between September 17 and 20. In total, 40% of respondents consider Bolsonaro’s management to be excellent / good, 29% fair, 29% bad / very bad and 2% do not know or do not want to answer. In December of last year, that approval rate was 29%. At the time, the bad or very bad rating was 38% and the regular rating was 31%.

Still according to this month’s poll, 46% say they trust Jair Bolsonaro; 51% of them say they don’t trust; 3% did not know or did not want to answer. One of the factors specifically addressed in the research is Jair Bolsonaro’s approval of the way of governing, in which 50% approve, 45% disapprove, and 5% either don’t know or don’t want to respond.

According to Ibope, the president’s popularity increased more among those polled who studied up to grade 8, among those whose family income reached a minimum wage (1,045 reais, or about 160 euros), among residents of the outskirts. from capital cities and in the south and northeast.

Despite Bolsonaro’s growing endorsement in the northeast, the region remains with the lowest percentage of government support (33%).

“Apparently, emergency aid [dado pelo Governo aos mais carenciados durante a pandemia] it has played an important role in improving the evaluation of the Bolsonaro government, as evidenced by the growth in approval of actions to combat hunger and poverty, ”said Renato da Fonseca, executive economic director of CNI .

When it comes to government activities, public security is the only one to receive a positive rating from more than half of the respondents (51%).

Amid the Covid-19 pandemic, which has already infected more than 4.6 million people and killed 139,808 infected people in Brazil, the Health Zone had 55% disapproval and 43% approval. With regard to the environment, an area which has been the subject of strong international criticism from the Brazilian government, the failure rate was 57%. The survey’s margin of error is two percentage points.

A few hours after the publication of the poll, Jair Bolsonaro made his usual live broadcast on the social network Facebook, where, together with the Minister of the Environment Ricardo Salles, he again defended the environmental policy of his executive. According to government officials, the fires currently burning in the Pantanal, in what are the worst fires in decades, are the result of bad deeds of the past. “We are doing the job of containing the fires. But there is one detail: problems in the past, bad measures in the past, potentiate fires when they occur. And there, the temperature until a few days ago was on average 43 degrees Celsius, with a very large organic mass, in view of erroneous, erroneous or criminal measurements taken in the past ”, declared the head of the State.

Bolsonaro and Salles, who again stressed that Brazil is one of the countries that most preserves its nature, also said the forest is humid and central areas are not set on fire. Bolsonaro also mocked the fact that politicians and the judiciary in Brasília wear a face shield against Covid-19 and, despite this, have been infected. “I keep watching Brasilia, I can’t pronounce names here, but the high level of power in Brasilia, some of the executive, the judiciary, the legislature too, with a mask 24 hours a day. They slept with a mask, greeted like this [com o cotovelo], and caught the virus now. It doesn’t matter, ”said Bolsonaro, one of the most skeptical heads of state about the severity of the disease.

iPhone 12: Samsung ships most of the OLED screens

Buying a house or apartment in 2021: How can the dream of owning a house succeed – the economy