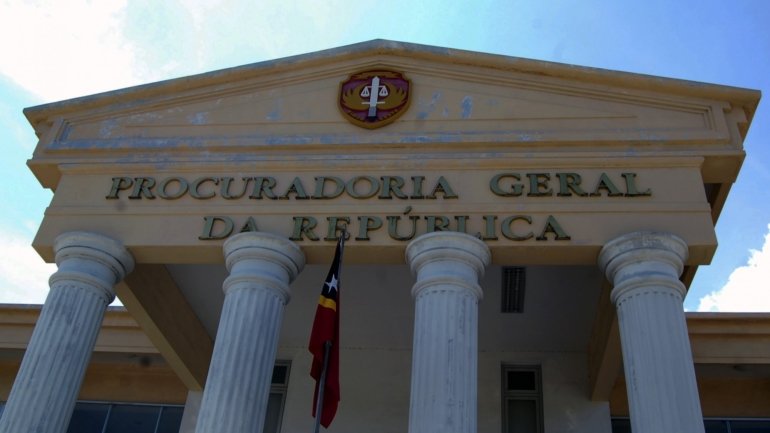 The prosecution process in East Timor against a former American priest for child sexual abuse in Timor-Leste includes crimes of child pornography and domestic violence, the state attorney general said in Lusa.

Former priest Richard Daschbach, 82, is under house arrest in Dili and is accused of mistreating at least two dozen children at the orphanage where he worked, Topu Honis.

The PGR said that the Central Office for Combating Corruption and Organized Crime had already “put an end to the accusation” against the former priest, who had been expelled from the institution to which he was linked and secularized by the Vatican Congregation for the Doctrine of the Faith.

“The charge is a crime of sexual abuse against minors, with aggravation, in accordance with articles 177 and 182 of the Timorese Penal Code. We also seek civil damages of 48 thousand dollars [41,15 mil euros]”, said.

The code provides for maximum sentences of 20 years in prison for sexual abuse of children under 14, increased by a third if the victims are under 12.

At first, Daschbach admitted the abuses committed before the Church and the Congregation Societas Verbi Divini (SVD or Society of the Divine Word), leading to his secularization by the Vatican, which prevents him from exercising the priesthood, canceling his admission to the public prosecutor’s office (MP).

José Ximenes explained that in addition to the indictment, the deputy addressed to the district court of the enclave of Oecusse-Ambeno, where the crimes were allegedly committed, a declaratory civil action asking the court for the extinction of the Topu Honis orphanage, in accordance with Decree-Law 5/2005 on non-profit legal persons.

This law provides that associations can be extinguished, among other things, if “their end is systematically pursued by illegal or immoral means and their existence becomes contrary to public order, good morals and good morals”. The PGR asked the court of Oecusse to “transmit the children to this orphanage for the support of the State, namely the Ministry of Social Solidarity”. Asked if the MP was conducting further investigations related to this case, possibly others responsible for similar crimes, José Ximenes confirmed that investigations were underway.

On criticism of the alleged delay in the investigation, José Ximenes said the criticism posed a “challenge” that encouraged him to continue, along with other prosecutors, to work. José Ximenes also commented on a controversial report by the Justice and Peace Commission of the Archdiocese of Dili, which “investigated” the case, at the request of the family who protected the former priest and elements linked to Topu Honis.

The controversial report, which includes data on alleged victims, attempted to deflect all responsibility from the former priest, seeking to accuse Timorese judicial and police authorities and organizations that have supported victims of “collective sexual violence” for allegedly conducting forensic hearings of victims. Several of the alleged victims were placed in shelters, normally used by the police and the judiciary, but in the report it is alleged that they were “abducted”. Signed by Father Hermínio de Fátima Gonçalvez, the report criticizes the judicial investigations, accuses the child abduction authorities and even reveals the places of protection.

Accusing victim support organizations of being “a network” acting in a “structured” manner with the Government, prosecutors, the health sector and the police, it is written that the investigation was “an organized crime of ‘child exploitation, human trafficking and mafia justice’.

“We received a contribution from the Children’s Commission that I sent to the central anti-corruption and organized crime office to find out whether or not there is any criminal material in this report,” José Ximenes said. “If there is a criminal case, we will file a complaint,” he said.

In December, the Dili court ordered the preventive arrest of Richard Daschbach, who had been expelled from the organization he was linked to, the Societas Verbi Divini (SVD or Divine Word Society) congregation, when the crimes were known. The former priest appealed for preventive detention and the court of appeal ended on July 12 by changing the coercive measure to house arrest.

The decision came after a visit to Timor-Leste by a SDV prosecutor, Father Peter Dikos, who at the time deplored the delay in Timorese justice, confirming that the information indicated that “the systematic abuse of girls in daily ”.

“This has been going on for years and years,” Dikos said, stressing that “there are no such cases” in the history of the organization.

Dikos noted that although the Vatican handled the case by expelling the former priest, it was “a challenge from the start to deal with the police”, with the SVD having taken Daschbach to the police at least twice, asking a document confirming the surrender of the suspect to the authorities.

Daschbach was arrested in April 2019 for initial questioning, months after the case was reported, and ordered to leave the enclave and return to his home in Maliana.

The victims said they had already been the target of threats for exposing the abuse of Richard Daschbach, which was allegedly committed over several years against dozens of children.

Daschbach, originally from Pittsburg, USA, has lived in Timor-Leste since 1966, and in 1992 established two children’s homes, Topu Honis, in two spaces in the Oecusse enclave. Although Daschbach admitted to several people that he was responsible for the crimes, he continued to live for several months in the small town of the enclave of Oecusse, where he is accused of having committed the atrocities, an aspect which had raised several criticisms in Timor-Leste.