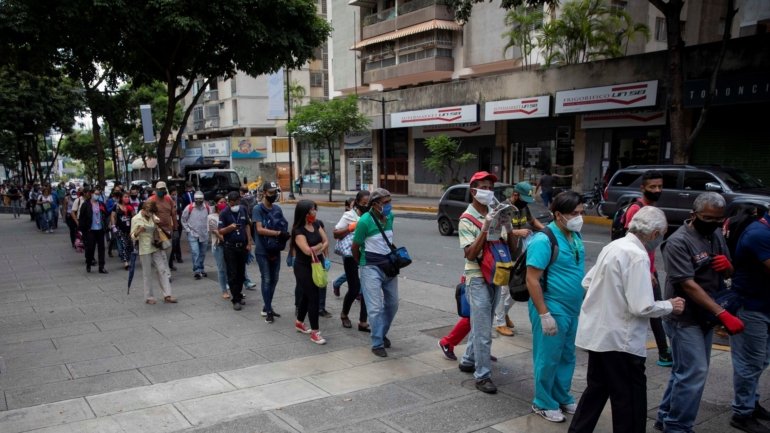 The European Commission said on Friday that the diplomatic mission sent by the European Union (EU) to Venezuela to assess whether there are minimum conditions for democratic democratic elections in Venezuela “is not clandestine”.

“This is not a clandestine mission,” said a spokesperson for the Community’s external relations executive Nabila Massrali during the daily press conference, adding that member states have been informed of the mission of four experts, who visited Caracas on Thursday.

The spokeswoman responded to journalists’ questions about an alleged “secret” surrounding the dispatch of diplomats, who will be in Caracas until Monday.

The mission, he added, is part of the EU’s diplomatic efforts to try to guarantee the minimum conditions for the holding of the elections, and under the current circumstances it is not possible to recognize the elections of the December 6 as legitimate.

Nabila Massrali also stressed that there is a consensus among the 27 member states that there are no conditions for the deployment of an election observation mission in the country.

The EU has attempted to negotiate with the regime of Nicolás Maduro and the opposition a democratic transition in Venezuela, integrating the mission into these diplomatic efforts.

The dispatch of diplomats comes after a meeting of the International Contact Group for Venezuela, formed by EU and Latin American countries, which took place on September 17 by videoconference.

This also happens after the meeting of the Council of Foreign Ministers and the determination of the EU’s High Representative for Foreign Policy, Josep Borrell.

The EU stressed that, despite its interest in sending a mission for the elections, the conditions are not in place for them to take place by the deadline of 6 December.

A possible postponement is not seen as an impossibility for the latter to occur, but as an opportunity to gain time to improve conditions.

Concerns about the Covid-19 pandemic are also on the minds of the European body, as forecasts point to the peak of infections in Venezuela in December.

This EU diplomatic mission is announced after the report presented on Wednesday to the United Nations Human Rights Council, in which extrajudicial sentences, arbitrary detentions, acts of torture and other abuses committed by the Venezuelan authorities have been reported.

Toots Hibbert, father of “reggae”, has died | The music