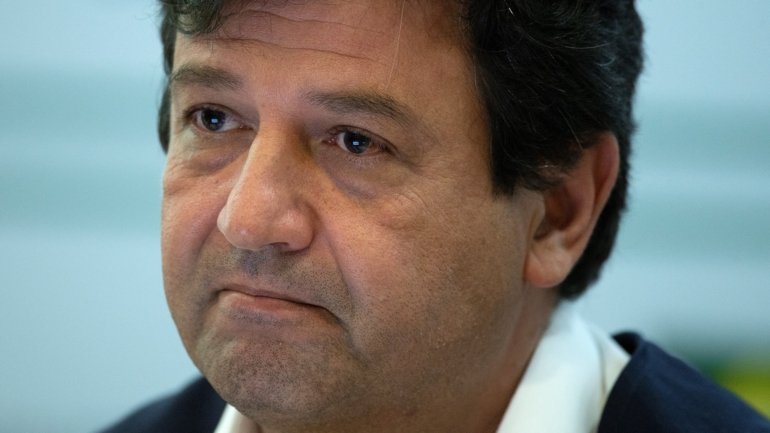 Former health minister Luiz Henrique Mandetta said in an interview broadcast Friday morning that he had warned Brazil’s President Jair Bolsonaro that if strict measures were not taken the country would have 180,000 deaths caused by Covid-19.

I never said in public that I was working with 180,000 dead if we didn’t intervene, but for him [Bolsonaro] I showed it, I put it in writing, so that he would know the responsibility for the paths he was going to choose, ”Mandetta said during Rede Globo’s“ Conversa com Bial ”program.

The former minister also said Bolsonaro took a denial attitude when alerted to public health issues caused by the pandemic. “It was really a very negative and angry reaction (…) I symbolized the news and he [Bolsonaro] he was angry with the “postman”, he was angry with the health ministry, “he said.

The former minister is launching this Friday the book “A patient called Brazil”, in which he reports behind the scenes of the crisis which led to his departure from the government last April.

Mandetta was fired for supporting social isolation measures, contrary to directives from Bolsonaro, who has always played down the Covid-19 pandemic, which he called a “small catch”, and also because he did not has not authorized the use of chloroquine in patients with the disease, another requirement of the Brazilian president.

Until Friday, there is no scientific evidence that chloroquine, a substance used to treat malaria and lupus, is effective against the new cornavirus.

In addition to denying the seriousness of the problem, throughout the pandemic, the Brazilian head of state participated in demonstrations in support of his government, visited public places causing agglomerations and did not respect several repeated decrees on the use of masks, leaving and interacting with supporters without protective gear.

Last week, the Brazilian president reiterated his criticism of social isolation to prevent the spread of the novel coronavirus, saying that staying at home during the pandemic is for the “weak”.

At an event in Mato Grosso state, Bolsonaro praised a group of farmers for “not having had the little talk” on social isolation. “You didn’t stop during the pandemic. You haven’t gotten into the little talk of staying at home. It’s for the weak, ”the head of state told farmers and supporters.

Bolsonaro was infected in July and has recovered from the disease, apparently without major problems.

Brazil is the Portuguese-speaking country worst affected by the pandemic and one of the hardest hit in the world, if we count the second number of deaths (more than 4.6 million cases and 139,808 deaths), after the States United of America.

Similarities and differences from the “troika” | Recovery and resilience plan

Covid-19: Can I go to dinner with friends? And take the kids to school? What to do in the eventuality | Coronavirus

Federal president meets victim from Hanau: “We must not forget. We will not forget.” – Politics