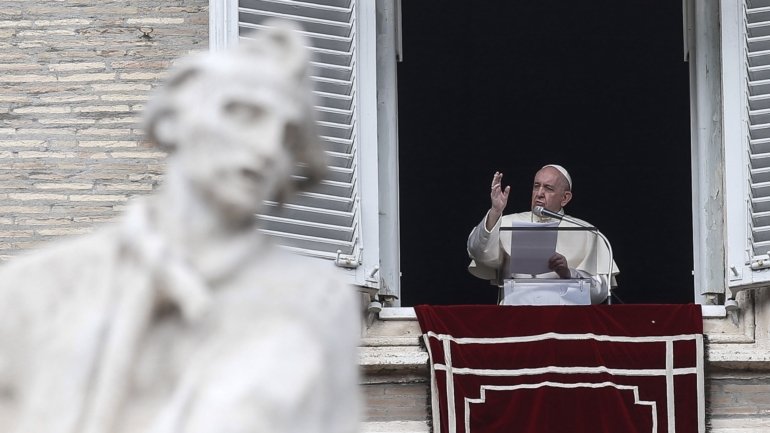 Pope Francis on Friday asked the United Nations to reduce “international sanctions that prevent states from providing adequate support to the population”, without however mentioning any country in particular.

Five years after the historic visit to the United Nations Headquarters, Pope Francis intervened this Friday, by video, at the United Nations General Assembly and celebrated the global ceasefire requested by the organization, in the context of the current crisis caused by Covid-19.

In addition, he called on the UN to work harder for peace and respond to “the rapidly increasing inequalities between the very rich and the permanently poor” and lamented “the climate of mistrust” and “l ‘erosion of multilateralism’ prevailing in current societies.

“The international community must strive to end economic injustices,” the Pope said during his speech, also calling for “an economic model that promotes subsidiarity, supports economic development at the local level and invests in education and the infrastructure that benefits from it. local communities.

In this sense, Francisco considered that the current crisis resulting from the Covid-19 pandemic could be a real opportunity for the transformation of lifestyles and current economic and social systems, to reduce the gap between rich and poor, but at the same time he recognized that it can lead to a “defensive retreat with individualistic and elitist characteristics”.

The Pope indicated that there are two possible paths after the current crisis: “one leads to the strengthening of multilateralism”, solidarity and unity, and the other favors “attitudes of self-sufficiency, of nationalism, protectionism, individualism and isolation, leaving aside the poorest, the most vulnerable ”.

Francisco argued that “the pandemic has highlighted the urgent need to promote public health and realize everyone’s right to basic medical care” and reiterated the recent appeal to the international community and the private sector to ensure “Access to vaccines against Covid -19 and essential technologies to treat the sick”.

And if it is necessary to privilege someone, that these people are the poorest, the most vulnerable, this person who is generally discriminated against for not having power or economic resources ”, he continued.

Regarding the current crisis, the Pope indicated that children are those who suffer the most and cited unaccompanied migrants and minor refugees, those who are mistreated and also victims of pornography.

Millions of children cannot go back to school. In many parts of the world, this situation threatens an increase in child labor, exploitation, abuse and malnutrition, ”he continued.

Still on migrants and refugees, Francisco spoke of those who leave their homes in search of a better future, but who are often marginalized, “intercepted at sea and forcibly returned to detention camps, where they are victims of torture and abuse ”or they are“ victims of trafficking, sexual slavery or forced labor ”.

The Pope also welcomed the signing of the two global pacts on refugees and for migration, which he called a “great promise”, but condemned the fact that “many lack political support” and others “fail because individual states are shirking their responsibilities.”

The Pope also wondered if< la pauvreté, les épidémies et le terrorisme >> which threaten the peace can be effectively combated << when the arms race< gaspille >> precious resources which would be better used for the integral development of peoples and protection. of the natural environment ”.

In addition, he criticized nuclear deterrence because “a spirit of fear based on the threat of mutual annihilation ends up poisoning relations between peoples and hampering dialogue”.

Other issues addressed by Pope Francis were the need to take care of the environment and tackle the climate crisis to protect, among others, the Amazon and indigenous communities, as well as the promotion of women “to all. levels of society ”so that they are not. “Victims of slavery, trafficking, violence, exploitation and degrading treatment”.

App Store tax increases from 30% to 15% for small developers