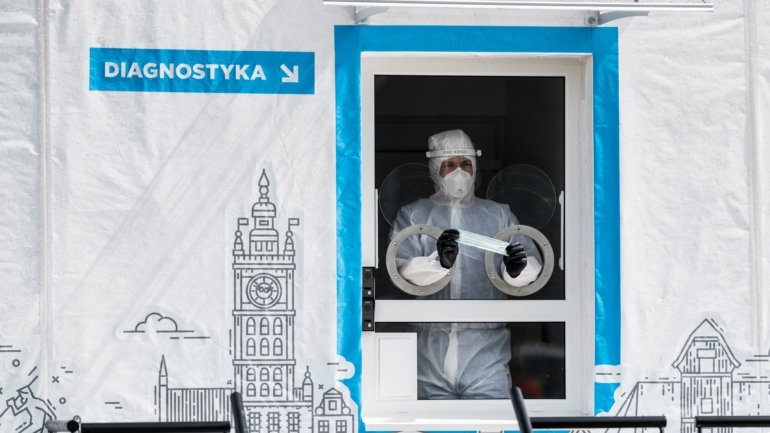 Here, the government refuses to speak in a second wave: it prefers to say that Portugal is in a “third phase” of the pandemic. But other European countries, day after day, are setting new records for daily cases of Covid-19 infection – making it increasingly clear that a second wave is underway. Mainly because in some countries records have been broken for several consecutive days.

With 6,874 additional new infections in the past 24 hours, the UK broke a new daily record for the second day in a row: as of Thursday, 6,634 new infections were identified. The number of deaths fell this Friday compared to the last assessment: 34 people died in the last 24 hours from Covid-19, six less than the day before.

Since the start of the Covid-19 pandemic, 423,236 people have been infected in the UK and 41,936 have died from the disease. London, the North East and North West of England and the Yorkshire region have the highest growth rates, with infections affecting all age groups, but particularly young people between the ages of 17 and 24 .

This Friday is also the second day in a row that Poland records records for new daily cases. As of Thursday, the country recorded 1,136 new cases, the highest number since March. But this figure was exceeded on Friday with 1,587 new infections recorded, according to the Polish Ministry of Health announced on Twitter.

Poland had a peak of 903 daily cases on August 21, but daily values ​​have since declined. However, last week that trend reversed and the country recorded some of the highest daily levels since the start of the pandemic.

In Denmark, September was also a month of record daily cases. Until the balance sheet of this Friday, the highest value of new daily infections since the start of the pandemic had been recorded on September 19, with 589. This value was however exceeded this Friday, the country having 678 new cases in the 24 hours.

Since September 20, the Netherlands have set new daily records. Day after day, the daily value of new infections is the highest since the start of the pandemic, but it always ends up being exceeded by what follows the next day.

Dutch health authorities reported 2,544 new cases on Thursday. But Friday’s new toll shows 2,782 tested positive for Covid-19 in the past 24 hours – the highest on record.

With values ​​well below those recorded in European countries – which can be explained by the low levels of screening – Cape Verde has diagnosed 149 new cases in the last 24 hours. It is still the highest daily record in six months of pandemic.

Since March 19, when the first patient with Covid-19 was diagnosed in the archipelago, the country has counted 5,628 cases of the disease, spread over eight of the nine inhabited islands and 19 of the country’s 22 municipalities, and 55 deaths.

In a statement, the health ministry said the archipelago’s virology laboratories had processed 447 samples since Thursday. The small number of tests may explain the equally small number of daily infections detected.

Major investments in the Saarland: 2,000 jobs in battery production – the economy

After a fire in camp Moria on Lesvos: about 9,000 migrants in the new camp – 214 tested positive – politically