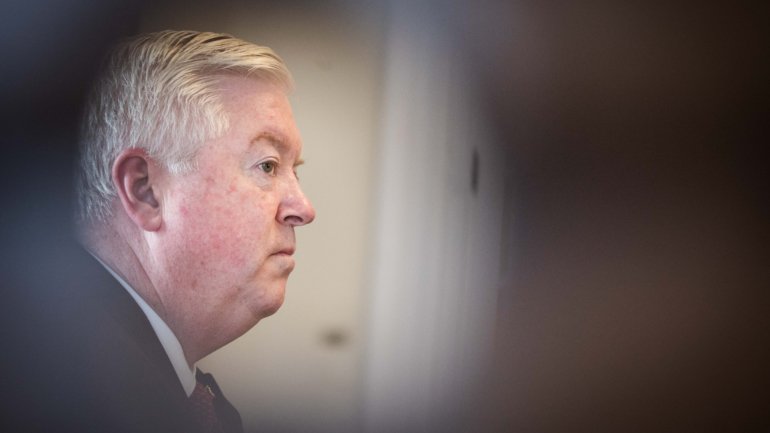 The US ambassador to Lisbon argues that Portugal must choose between US ‘friends and allies’ and China’s ‘economic partner’, warning that choosing China on issues such as 5G may have consequences in terms of defense.

George Glass, the American ambassador to Lisbon, in an interview with Expresso, published this Saturday, admitted the consequences in terms of security and defense for Portugal if the country chooses to work with China. According to the diplomat, the consequences will be technical, such as NATO activity or the exchange of classified information, and not political, at least for now.

“There are countries that work in true partnership as allies. If we cannot communicate at this level, then there will also be a reflection on the political atmosphere and the evolution of political relations. Right now it’s a matter of national defense, not politics, ”Glass said.

The US ambassador has repeated warnings of this nature in recent years. He had already done so during an interview with the Observer in 2018 regarding the Chinese offer on EDP.

Now, the ambassador admits that Portugal is a victim of the trade conflict between the United States and China because it is part of the “battlefield” in Europe, where one of the conflict fronts is the new 5G technology, in which Portugal plans to work with Chinese Huawei. , but not in the fundamental aspects of the network, but only in the distribution of the radio signal.

Glass is adamant that the United States preferred Portugal not to have any Huawei equipment on the 5G network.

“If we don’t have reliable partners in the Portuguese telecommunications network, it will change the way we interact with Portugal in terms of security and defense. We have sent this message loud and clear: the way we work with NATO or exchange classified information will be affected. If we have confidence in telecommunications, we will be able to continue to connect as in the past. If we don’t have it, we will have to change the way we communicate with Portugal, ”the ambassador said.

Other Chinese companies with stakes in Portuguese companies – such as China Three Gorges to EDP and ACPC, which recently acquired a stake in Mota-Engil, which “sold 30% of the company for 30 pieces of silver “- hampering the relationship between Portugal and the United States, and about Mota-Engil, the American ambassador admits the possibility of sanctions.

However, he returned further clarification on these issues to North America’s Under Secretary for the Economy, Keith Krach, who will be in Lisbon next week.

Regarding the importance of the “incredibly strategic” port of Sines for the distribution of US liquefied natural gas, Glass said he hoped the construction and management of the new terminal “will not go to the Chinese.” If so, it compromises the cast, he admitted.

“I think we have to compromise. If it was for the Chinese, it would affect our view of what Sines can become. We have seen in the past that if the operators are Chinese, they have the ability to deny access to American vessels. It can’t happen. Especially if we see Portugal as the gas hub and the center of European energy security, ”he said.

George Glass also admitted that the United States was working with Portugal to “guide” foreign investment into the country and to reduce the burden of Chinese investment. “I think they’re harder on China now. When I arrived in Portugal, Chinese state entities held 28% of the PDE and now have 21%. This is going in the right direction. But it must be less, ”he added.

Thirty years after reunification, the challenge of a united Europe | Opinion

The Starlink constellation now has more than 800 satellites