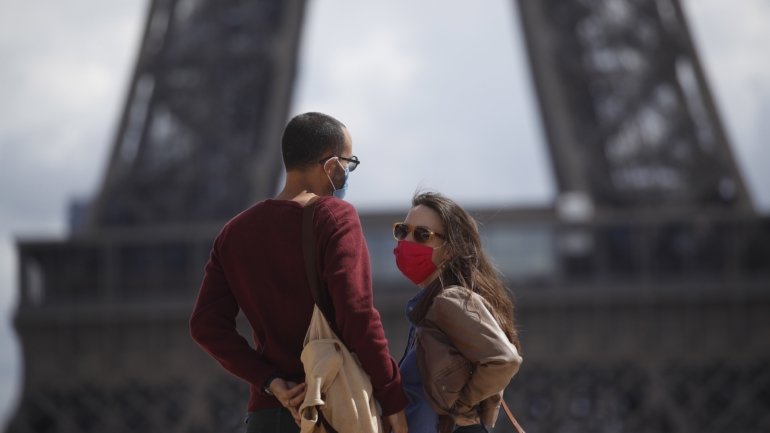 In the daily bulletin, the public health agency of the Ministry of Health revealed that the rate of positive cases in relation to tests carried out continues to rise, as has been the case in recent days.

In the past seven days, 4,102 people have been hospitalized with the novel coronavirus and, of these, 763 were admitted to intensive care units during the same period.

In view of the evolution of the pandemic in France in recent weeks, the government has decided to tighten measures in the territories where there are more cases, from this weekend.

The urban area of ​​Marseille and Aix en Provence, as well as the island of Guadalupe, in the Caribbean, are now on high alert and from Monday all bars and restaurants will be closed, as measured, among others, which it should last two weeks.

All places open to the public are also closed, with the exception of those with a strict health protocol, such as theaters, cinemas and museums.

Already in an enhanced alert zone, a level below the maximum alert, there are 11 agglomerations, such as Paris, Lyon, Bordeaux, Nice, Toulouse, Montpellier or Lille.

In these areas, bars will close at 10 p.m. and all areas for festive and associative activities, or sports halls, will be closed, except for certain specific groups.

No event or show with more than a thousand people can be organized yet, a significant reduction since up to 5,000 people have been allowed to perform this weekend.

Meetings with more than ten people are no longer permitted in public areas.

The covid-19 pandemic has already killed at least 993,438 people and around 32.6 million cases of infection worldwide, according to a report from the French agency AFP.

Reduce Ideanote, the idea management platform for more than 20,000 companies, by 98%

Whistleblower Speaks Out On Police Operation: Trump Wanted To Use Microwave Weapons Against Protesters – Politics

The post-pandemic economy: risks and opportunities