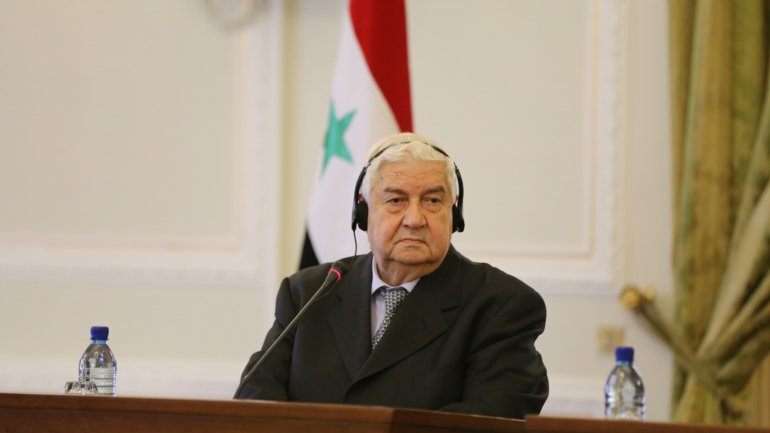 Syrian Foreign Minister Walid Muallem spoke on Saturday at the United Nations General Assembly and, in a remote recorded speech, accused the United States of using the sanctions applied since June to suffocate Syria .

Walid Muallem even compared the situation in this country, where the regime he represents is leading alongside Russia and Iran on one side of a bloody civil war that began in 2011, with the death of George. Floyd, an African-American suffocated to death in detention. police in Minneapolis, Minnesota on May 25 of this year.

“The real purpose of these sanctions is to put pressure on the Syrians, on their survival and their lives. It is an inhumane attempt to suffocate Syrians, like George Floyd and others who have been cruelly suffocated in the United States, ”said Walid Muallem.

The sanctions in question were adopted on June 17. In addition to personally targeted sanctions (such as the wife of the Syrian dictator, Asma al-Assad), sanctions are also applied to companies and individuals who militarily assist Bashar al-Assad’s regime, those who enter into transactions that facilitate the production. oil or gas by the regime, or anyone signing contracts for the reconstruction of areas controlled by the Syrian government and its allies.

Less than a million lives | Diseases

Santana Lopes refuses that Aliança is confused with “circus and bandalheira”

Pressure on Interior Minister is growing: why Seehofer won’t give in in the migration dispute – politics