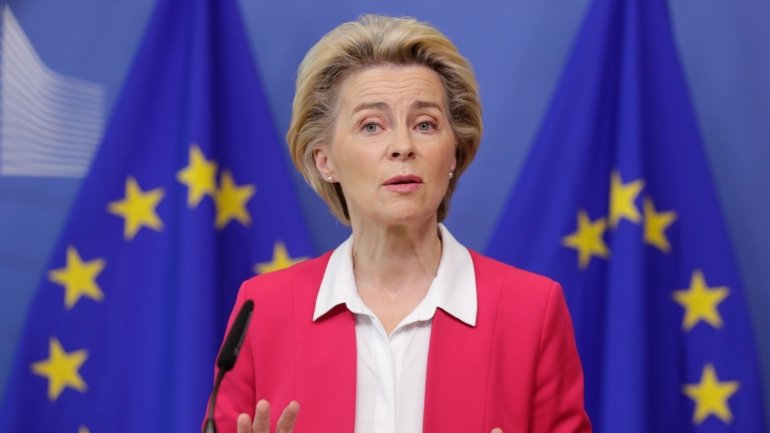 The President of the European Commission guarantees that “the European Union stands in solidarity with Portugal” in the face of the crisis caused by the covid-19 pandemic, as shown by the fact that the country is one of the main beneficiaries of the Recovery Fund .

In an interview with the Lusa agency on the eve of her first official visit to Portugal as President of the Community Executive, Ursula von der Leyen declared that “Portuguese citizens fought in a very courageous and disciplined manner against the viruses and have even been more successful than others ”, and can count on the support of the EU, which will also help to“ relaunch ”the recovery of the Portuguese economy.

“The European Union will ensure that the Portuguese, European citizens and people around the world have access to a future vaccine. And the EU will also be on the side of the Portuguese to get out of the economic crisis ”, guarantees the President of the Commission.

Maintain that “NextGenerationEU”, the stimulus fund proposed by its executive and accepted by European leaders at a long summit last July, gives Europe “the opportunity not only to repair the damage and to recover from the current situation, but also to shape a way of life “, Von der Leyen stresses that” Portugal will be an important beneficiary “.

According to the commitment made last July, Portugal will receive € 15.3 billion in (non-reimbursable) subsidies, including € 13.2 billion, by 2023, via the recovery and resilience mechanism, the main instrument of the Recovery Fund.

According to the President of the Commission, the support which will benefit Portugal “will provide the means to revive the Portuguese economy, based on the dual ecological and digital transition, while ensuring that no one is left behind”.

Asked about the particular impact of the covid-19 crisis in Portugal as one of the countries where gross domestic product depends most on tourism, one of the most affected sectors, Ursula von der Leyen observes that “ all Member States, both large and small, those which are economically stronger and weaker, have felt their vulnerability during this crisis ”. “The current crisis has affected all Member States, albeit differently, and we must work hard to make our economies more resilient to external shocks,” he said in a written interview with Lusa.

According to the German official, “the ‘NextGenerationEU’ instrument was designed to take these differences into account” and “many measures adopted by the Commission specifically target the tourism sector, which is so important for countries like Portugal”.

‘Earlier this month, the Commission adopted a proposal to ensure that measures taken individually by Member States which restrict free movement due to the coronavirus pandemic are coordinated and clearly communicated at EU level . We hope that this proposal can be adopted soon by the governments of the Union ”, he recalled, referring to the efforts of Brussels to safeguard the Schengen area of ​​free movement and, therefore, also protect the tourism, particularly affected by border closures and other restrictions that Member States have taken unilaterally since last March.

Ursula von der Leyen will leave for Lisbon on Monday for a two-day visit, the first since she assumed the presidency of the Commission in December 2019, and during which she will participate in a session on Tuesday at the Champalimaud Foundation , with the Prime Minister, António Costa, in which they will respectively present the European and Portuguese recovery plans.

During her presence in Portugal, Ursula von der Leyen, participates Tuesday, at the invitation of the President of the Republic, Marcelo Rebelo de Sousa, in the meeting of the Council of State, which will discuss the situation and the future of Europe, and is planned for the Palace of the Citadel of Cascais, district of Lisbon.

Norway. 1.4 million people installed an app to find out who has Covid-19

The Saxon Minister of the Interior Roland Wöller in the criticism: mistakes and fraud in the protection of the constitution – politics