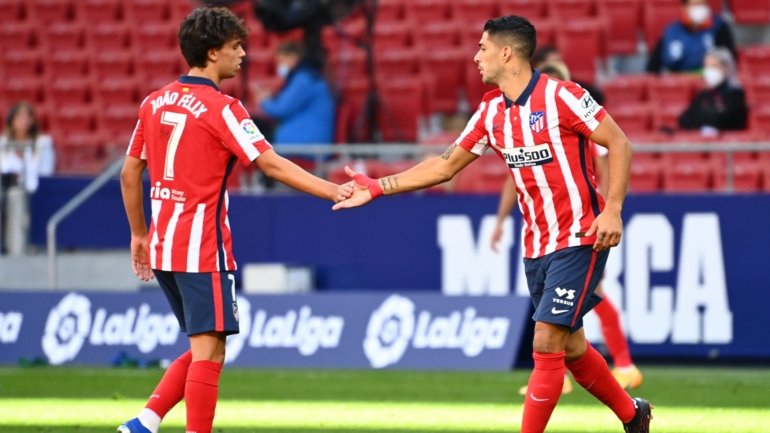 He left Barcelona this week, said goodbye in tears at a press conference with Josep Maria Bartomeu, he was the protagonist of a message from Leo Messi that echoed in the international press and this Sunday was already at the call of Diego Simeone. Luis Suárez didn’t recognize the intense pace of the past few days and in the same week he said goodbye to his colleagues at the Catalans’ Sports City, he made his debut for Atl. Madrid.

“Atlético is a big club in Spain. He has excellent players and is always fighting for the top spots, plus he has good fans which always motivates a player. The intensity of the team was also something that made me change. A player has to adapt to the dynamics of each team and I have done this throughout my career, ”said the Uruguayan striker during the presentation as a new mattress player. Beginnings, however, wouldn’t even be better in dreams.

With Simeone back – the Argentine coach has recovered from Covid-19 and was on the bench at Wanda Metropolitano – Atl. Madrid entered the Spanish league in the best way and beat Granada at home, with João Félix in the eleven and being entitled to six goals from five different goal scorers. Diego Costa opened the scoring in the first 10 minutes (9 ′), Correa increased the advantage in the second half (47 ′) then it was Felix’s turn to write his name on the scoresheet: the player Portuguese made his debut to score this season with a beautiful goal, in which he took an opponent on the sidelines with a subtle touch to then shoot and beat Rui Silva (65 ′).

LUIS SUÁREZ’S FIRST OBJECTIVE FOR THE ATHLETICS OF MADRID! 15 minutes on the field at the start, 1 goal and 1 assist! pic.twitter.com/gV6HXJFd33

SUÁREZ AGAIN! 2 goals and 1 assist with 20 minutes on the pitch. What an ABSURD start from Luis Suárez to Atléti! Atlético de Madrid 6 × 1 Granada pic.twitter.com/jaucto3qgL

Against a weak Granada, where not only Rui Silva but also Domingos Duarte started, Marcos Llorente scored Simeone’s fifth goal (72 ′) with the help of Suárez and opened the door to the triumphant minutes of the ‘attacker. The Uruguayan, who joined Diego Costa in the 70th minute, then made his debut for Atl. Madrid, with a clear head following a cross from the right (85 ′). As for discounts, he became the only one of the five mattress markers to double, with a reload on a shot he had made and hit the post (90 + 3 ′). In the middle, Jorge Molina Vidal also scored the goal of honor for Granada (87 ′).

Balance of the new corona measures: is the lockdown too light? – Politics