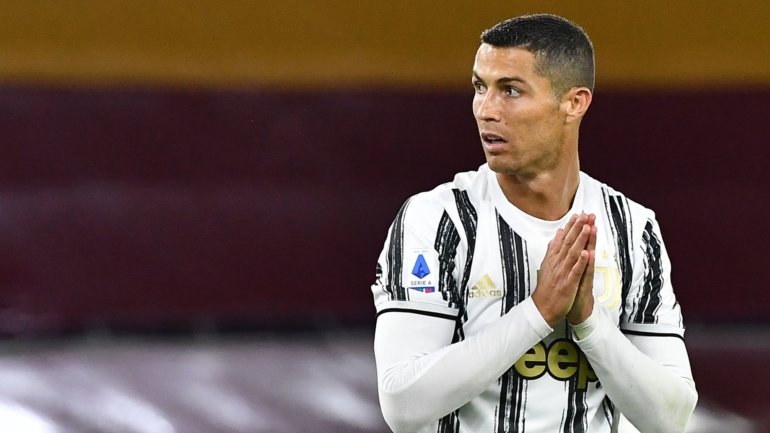 It was one of the most shared, commented and published photos of the past week. During the trip to the Italian capital, to participate in the match between Juventus and Roma, Cristiano Ronaldo appeared smiling, thumbs up and a book in hand. The description was clear: “Reading time! Live and learn! »Wrote the Portuguese player.

Upon closer examination, we can see that the book Cristiano Ronaldo is reading is called “The Power of Communication” and is by Brazilian author Lair Ribeiro. The striker therefore sought inspiration in the communication for this Sunday against the Roma of Paulo Fonseca – a team which on the first day of Serie A lost in an illuminating way with Verona by 3-0. Juventus, on the other hand, beat Sampdoria with Ronaldo’s right to a goal in Pirlo’s official debut and this Sunday were looking for a second victory in two matches in the Italian league.

The Portuguese striker was the starter and the novelty was on the side of Ronaldo: Morata, the Spanish striker returned to Turin thanks to a loan from Atl. Madrid, returned to dress in black and white and made their debut in the starting XI. Further on, the young Kulusevski returned to the starting lineup, as did the North American Weston McKennie and the French Rabiot.

The game did not start well for Juventus, with Roma putting themselves to the advantage after the first half hour: Rabiot stretched his arms into the penalty area after a shot from Veretout, intercepted the kick and the referee of the match had no doubts about taking a penalty. In the conversion, Veretout himself took responsibility and opened the scorer (31 ′). Even before the break, Cristiano Ronaldo also took a penalty (44 ′), following a shot in which he himself fouled, but Juventus went to the break to lose. In an absolutely deadly counterattack by Paulo Fonseca’s team, Dzeko threw Mkhitaryan into speed and the Armenian served Veretout in the central belt, who dominated and fired to overtake and beat Szczęsny (45 + 1 ′) .

The relaxation of Cristiano Ronaldo on his second but I do not have the words so incredible it is ???? pic.twitter.com/jc9O2wUKh3

In the second half, Pirlo was the first to move, swapping Morata and McKennie for Douglas Costa and Arthur, but the changes made by the Bianconeri coach were quickly betrayed by another mistake from Rabiot. The French midfielder missed Mkhitaryan hard, saw his second yellow card, was sent off and left Juventus reduced to 10 with 30 minutes left to play. Despite everything, and even with one element less, the Turin team managed to tie the result again and again thanks to Ronaldo. Danilo went through the right and the Portuguese player signed another impressive comeback, being totally alone in the heights to move towards the second goal of the match (69 ′).

Paulo Fonseca took Pellegrini to place Diawara and take possession of the ball, Pirlo responded by swapping Kulusevski for Frabotta and closing the paths a bit more and the game had little history until the end. Juventus lost the first points of the season to Olímpico de Roma, Paulo Fonseca’s side stopped the Italian champion but still fail to win in the current edition of Serie A. Cristiano Ronaldo, who reads on communication, scored two goals, already takes three in the championship but leaves the victory over “dumb”.

Dispute about the corona rules: is the housing ban now overturned? – Politics

The US president leaves open a peaceful change of power: “Donald Trump is committed to civil war” – politics