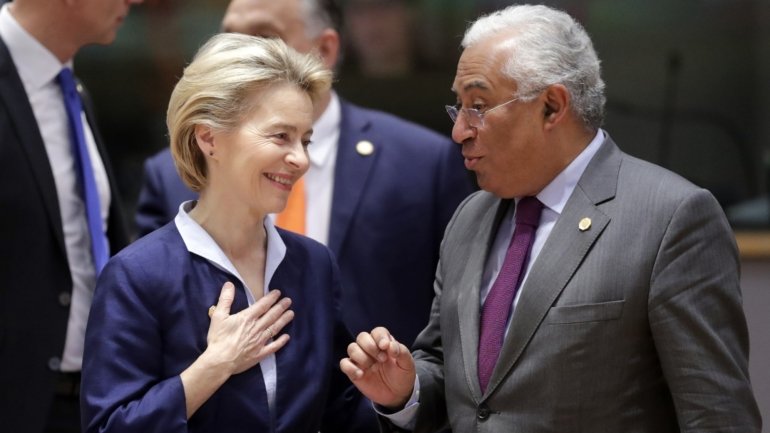 Around 1,250 million euros to guarantee adequate housing for 26 families reported, two new bridges for Spain, new additional diagnostic resources for health centers, more than 8,000 beds for integrated and palliative care, air resources adapted to firefighting, a fast tram in Loures, an autonomous bus in Porto, new sludge treatment stations, centralized public services in one portal and millions for science: these are some of the measures proposed in the Recovery and Resilience Plan (PRR) which will follow with the help of 12.9 billion euros in grants and a maximum of 15.7 billion in loans that will come to Portugal from the European Union.

“It’s a unique opportunity plan,” António Costa told Público of the PRR, although he assumed it was a “work in progress” – the final version could be delivered until April of next year, but the executive wants to fix that in early 2021 by claiming that the faster you do it, the sooner help is received. Although it may still undergo modifications, the document in question, nevertheless, already defines specific measures and identified costs which meet the criteria demanded by Europe.

In housing-related measures, the PRR foresees the achievement of something that the government had already promised in 2018, to house the 26,000 families without access to decent housing. At the time, the year 2024 was set as the deadline to resolve this issue, and it looks like that goal will continue. The municipalities and the National Institute for Urban Rehabilitation will be responsible for distributing these funds which will either go to houses built from scratch or to recover / intervene.

Still in the field of social intervention, the PRR provides an amount of 250 million to meet the urgent and temporary housing needs linked to victims of domestic violence and to fight against the pockets of poverty identified in the metropolitan areas of cities (this the latter case will not include investment in infrastructure but also in training and social equipment, for example).

In terms of connections between Portugal and Spain, another area covered by this PRR, an investment of around 102 million euros (from Portugal) is defined in measures such as the creation of at least four contact points road, a bridge between Sanlucar de Guadiana and Alcoutim and another over the Sever river.

Another area that will benefit from a budgetary boost is firefighting, in this case through the purchase of new aerial firefighting equipment. This measure will concern around 93 million euros which will be invested in two heavy amphibious bombers by 2023 (the participation will cover 90% of the cost in question). In total, forest protection will benefit from around 673 million euros, an amount which should also cover land tracing, landscape transformation of the most vulnerable forest areas and 9,100 kilometers of fuel management strips.

In the health sector, the PRR aims to strengthen the diagnostic capacities of primary health care. It is planned to release funds in the order of 460 million euros which will be invested in the purchase of ultrasound devices, radiological examinations and other types of analyzes to better equip health centers ( in order to “ unclog ” the hospitals which are more overwhelmed by requests (examinations of this type), mainly. Also by 2026, the full completion of the National Integrated Continuing Care Network and the National Palliative Care Network is expected to be completed, a promise that originated in 2016 but still lacked funding. This objective will be achieved through partnerships with Private Institutions of Social Solidarity, Mutualities and Misericórdias in order to provide 5,500 beds for continuous care. About 500 will be in autonomy promotion units, 1,000 more in home care, 1,000 more in autonomous regions, 100 for mental health and 400 for palliative care. All this translates into an investment of 200 million in five years.

Although this program does not include more ambitious investments in the infrastructure chapter, such as reinforcements at the Lisbon and Porto meters, certain light links will benefit from support, namely the rapid tram project that will link the station. Odivelas and Infantado metro stations, in Loures, for example, a line that will pass through the Beatriz Ângelo, Póvoa de Santo Adrião and Santo António dos Cavaleiros hospitals. In Porto, it will be the rapid transport bus, which will run in the Campo Alegre district, to receive funding. The investment value in these two projects will be around 223 million, in the first example, and 114 in the second.

One of the main pillars of this PRR is the climate transition – Brussels requires that at least 37% of the funds donated be used in this regard – and it is precisely for this reason that an investment of 609 million euros is planned by the government to improve the energy efficiency of businesses and homes. by financing small changes such as insulation of windows, roofs or facades, replacement of solar panels or heat pumps. Added to this is the creation of 11 sludge treatment stations and the creation of a bio-waste network, common to several municipalities. 465 million are planned for this package.

On the other hand, one of the goals of Simplex, the unification of all state services into a single digital portal (a kind of online Loja do Cidadão), will also benefit from funding through this PRR. The digitization of justice, social security, health and home affairs will also receive EU funds of around 1,816 million.

Finally, it is important to underline that both the requalification of digital skills in industry (conversion of labor specialized in manual work into a labor force capable of handling automated machines, for example) and the modernization of vocational education will also be funded. About 1 billion euros will also be allocated to a government project which intends to add to scientific development a possible decentralization and a connection with the market. That is to say a link between scientific projects already developed by universities with companies that want to give them life and municipalities that are ready to create the conditions for these companies to set up in their territory.

Can Joe Biden Become US President ?: How Donald Trump Gets Hit – Politics