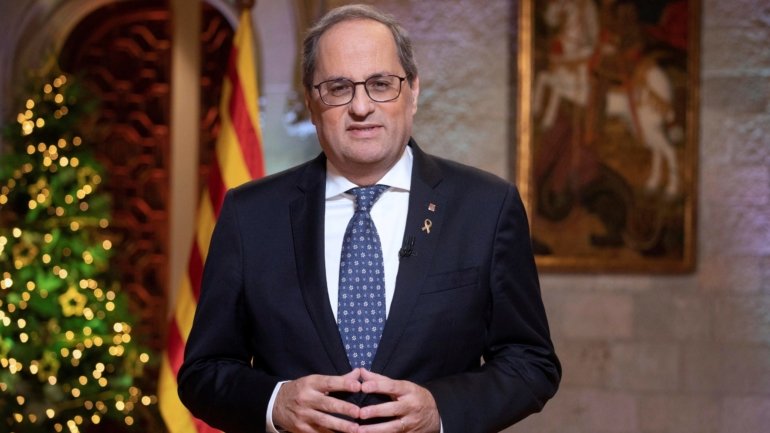 The Spanish Supreme Court has confirmed the sentence of one and a half years of inhibiting the exercise of public service for the crime of disobedience to the President of the Generalitat, Quim Torra. The governor disobeyed the decision of the Central Election Commission (JEC) to remove posters demanding the release of political prisoners and yellow ties from the Palau de la Generalitat during the election period of April last year. In addition to disqualification, Torra is fined 30 thousand euros for the crime of disobedience committed by a government official or official and, with all this, he is removed from his post.

According to La Vanguardia, the court ruled that Torra “had repeatedly and stubbornly disobeyed the orders of the Central Election Commission to remove certain symbols from public buildings of the Generalitat during the electoral process for the general elections called on April 28, 2019”, because “violated the neutrality required of public administrations in these processes”.

The Superior Court confirms the decision of the Superior Court of Justice of Catalonia (TSJC) and concludes that the non-compliance with the ordinances of the JEC during the electoral period must be regarded as a crime of disobedience. Once the sentence has been defined, the Supreme Court will forward the decision to the Catalan court to execute the penalty of disqualification. This means that once executed, Torra must leave the Palau de la Generalitat.

The pipeline cannot be built yet: Another obstacle for Nord Stream 2 – the economy

Anti-Corona protest in Leipzig: demonstration of the “lateral thinking” movement must end – politics