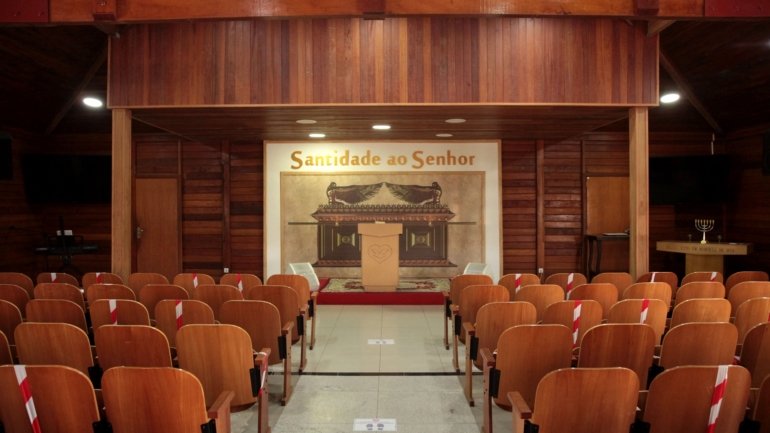 The Reform Commission of the Universal Church of the Kingdom of God (IURD) of Angola clarified on Monday that it is the legitimate representative in the country, specifying that it is the process of regularization for the purposes of certification.

In a press release to which the Lusa agency had access on Monday, the IURD Angola Reform Commission informed that the law firm that had engaged “practiced irregularities in the certification process”, which have since been overcome.

Last August, the Brazilian wing of the IURD, in disagreement with the Angolan bishops and pastors, since November 2019, publicly accused the Angolan side of having falsified the minutes attesting to the dismissal of the Brazilian leadership, delivered to the 4th Luanda notary’s office. .

The IURD-Angola Reform Commission delimits and condemns these acts which were the sole responsibility of the law firm, ”the statement said.

In order to< remédier aux irrégularités susmentionnées >>, continues the document, another law firm was engaged >>, which immediately wrote to the National Directorate of the Register and Notary of the Ministry of Justice and Human Rights to regularize the referred process, which he received a response. positive to do so ”.

According to the memo, earlier this month the summary and general minutes of the extraordinary general meeting of June 24 were certified by the registry, thus completing the process of regularization for certification purposes.

A copy of the process was also handed over to the National Institute of Religious Affairs (INAR), the IURD Reform Commission in Angola said.

In this sense, since June 24, the reform commission “is the legitimate and exclusive representative of the universal Church of the Kingdom of God in Angola”, according to the minutes published in Diário da República.

Therefore, all acts in the name of IURD – Angola that are not practiced by the targeted commission are illegal and do not bind the Universal Church of the Kingdom of God ”, attests the document.

Regarding the ongoing criminal proceedings before the courts, the IURD Reform Commission in Angola stresses that “it is following very closely”, showing itself convinced that the Angolan justice will confirm the complaints made public through the pastoral manifesto, of November 28, 2019.

In this sense, he asks the authorities that the sanctioning measures be against the people duly indicated in the manifesto and not against the Church, that is to say that its members, workers and pastors are not penalized for the acts. Brazilian leaders of the time.

Finally, he calls for reconciliation, calm and social peace between the members of IURD Angola.

The Angolan Church of Law is founded by Brazilian Bishop Edir Macedo. Brazilian leaders in the Portuguese-speaking African country accuse a group of dissidents and former Angolan pastors of committing various acts of physical and psychological violence, with messages of incitement to violence, hatred, racial intolerance and to xenophobia.

For their part, Angolan bishops and pastors in their pastoral manifesto have made several accusations to Brazilian leaders, including racism and currency evasion, as well as the forced vasectomy procedure.

In the framework of the criminal proceedings, which are being processed by the Office of the Attorney General of the Republic of Angola, on suspicion of money laundering, tax evasion and criminal association, this court ordered the closure of IURD temples in the country.

Around 6,000 migrants are already in the new Lesvos camp – Observe

American Airlines announces it will start laying off 19,000 employees – Observer

“Be Prepared For An Escalation”: How Republicans Foster Election Day Fear With An “Army For Trump” Politics