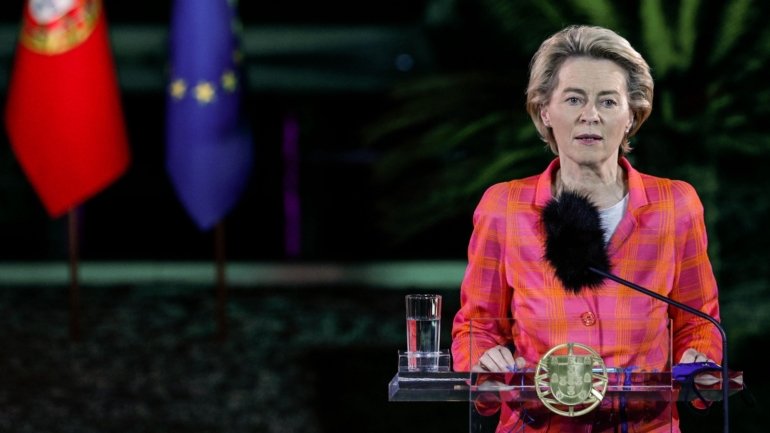 The Council of State meets this Tuesday at the Palácio da Cidadela, Cascais, with the participation of the President of the European Commission, Ursula von der Leyen, as a guest, and has for theme “The European Union, this Tuesday and tomorrow “.

Tuesday’s meeting of the President of the Republic’s political consultation body, scheduled for 2 p.m., will be the first in person during a pandemic, after two meetings by videoconference, in March and July.

The place chosen was the Palácio da Cidadela, in Cascais, to “ensure a good physical distance” according to the established rules, indicates a note published by the Presidency of the Republic last Friday.

Ursula von der Leyen has been in Lisbon since Monday, when she met Prime Minister António Costa during her first official visit to Lisbon. This Tuesday morning, he will be at the meeting to present the priorities of the European and Portuguese recovery and resilience plans, with the Prime Minister, to the Champalimaud Foundation.

This meeting of the Council of State will be the 17th meeting chaired by Marcelo Rebelo de Sousa, who, since taking office in March 2016, has increased its frequency, calling this body approximately every three months, and innovating by inviting foreign personalities and Portuguese for their meetings. The last meeting took place on July 23, by videoconference, to analyze “the social and economic situation resulting from the pandemic context still in progress, after having debated not only the framework of Portugal’s responses to the cyclical recovery but also structural transformations, mainly envisaged for the medium and long term ”.

According to the press release made public at the end of the meeting, “the importance of the agreement reached at the European Council” of July 21 was underlined and it was considered that European funds can “constitute, in Portugal, a contribution to, with rigor, transparency, wide political and social consensus and capacity for definition and execution, promoting qualification, innovation and creativity, economic growth and competitiveness, sustainability of employment and social cohesion and Justice “.

The previous meeting of the Council of State was also held by videoconference, on March 18, two weeks after the confirmation of the first cases of infection with the new coronavirus in Portugal, to analyze the situation resulting from the Covid-19 pandemic . and the possible declaration of a state of emergency, which was then proposed by the President of the Republic to Parliament and which was in effect between March 19 and May 2.

For the presentation session of the recovery and resilience plan, by António Costa, and the European Union recovery plan, by Ursula von der Leyen, representatives of the 27 inter-municipal communities, the metropolitan areas of Lisbon and Porto, of the Association were invited National of Portuguese Municipalities and the National Association of Parishes.

In this session, according to the executive, there will also be representatives of the autonomous regions of the Azores and Madeira, the Council of Higher Polytechnic Institutes, the Council of Rectors of the Portuguese University, social partners and professional associations.

The Portuguese plan, the general lines of which were presented to the parties on the 21st and debated in parliament last Wednesday, deserved criticism from left to right, with political forces nevertheless showing themselves available to make contributions.

In an interview with Lusa, Úrsula von der Leyen argued that “NextGenerationEU”, the recovery fund proposed by her executive and endorsed by European leaders at a long summit last July, gives Europe “the opportunity not only to repair the damage and recover from the current situation, but to create a better way of life ”and stressed that“ Portugal will be an important beneficiary ”.

According to the commitment made last July, Portugal will receive € 15.3 billion in (non-reimbursable) subsidies, including € 13.2 billion, by 2023, via the recovery and resilience mechanism, the main instrument of the Recovery Fund.

According to the President of the Commission, the support which will benefit Portugal “will provide the means to revive the Portuguese economy, based on the dual ecological and digital transition, while ensuring that no one is left behind”.

On Monday, at a joint press conference held by the Prime Minister and the German politician, António Costa praised the President of the European Commission. “Ursula von der Leyen has led the European Union in an exemplary manner at such a difficult time in the current pandemic scenario that it has hit Europe hard. At the instigation of the Commission, the way in which the European Union faced this crisis is an example of how the Union strengthens and strengthens the capacity of all to face this crisis ”, stated the Prime Minister. minister.

At the same press conference, which preceded a working dinner in São Bento, the Prime Minister also called for a “notion of urgency” to close the European recovery program as soon as possible and said he hoped the ratification processes by member states. MEPs do not compromise the progress already made.

Questions of the day: Terror in France, emotional debate in the Bundestag – politics

Despite the virus, the future is now decided | Opinion