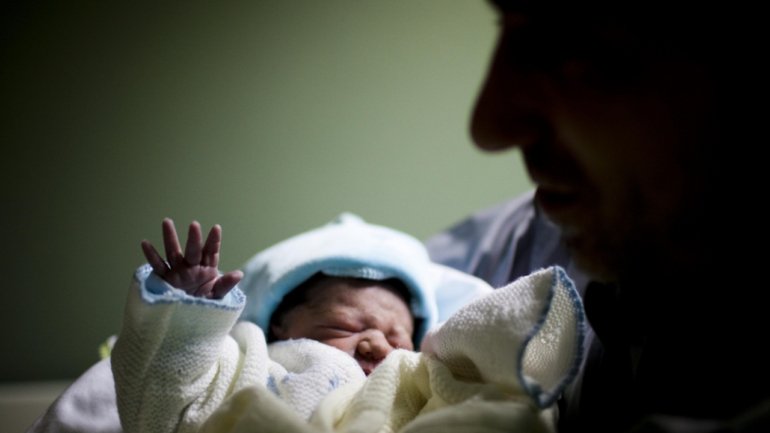 Births in France to Portuguese mothers, who represented 2.8% of children born there in 1977, have fallen over four decades to 0.6%, after having recently increased thanks to the resumption of emigration to this country, according to a survey on Tuesday. disclosed.

The conclusion results from the analysis of a statistical series on births in France to mothers of foreign origin, between 1977 and 2018, by Inês Vidigal, from the Center for Research and Studies in Sociology (CIES-IUL) of the ‘University Institute of Lisbon. Entitled “Births in France of Portuguese mothers, 1977-2018”, the analysis is disseminated by the Emigration Observatory and identifies “the decline” in births on French territory among mothers of Portuguese origin and their relationship with the evolution of births in France.

The survey begins by looking at the end of the 1970s, characterized by “very high birth rates for Portuguese mothers”.

“In 1977, there was the greatest number of series analyzed, with 21,127 births, while the birth weight of Portuguese mothers was very high: 2.8% compared to the total number of births in France and 16.9 % of total births to foreign mothers ”. On the contrary, in 2010, the lowest value of the period analyzed was recorded, with only 4,350 births in France to Portuguese mothers, and the minimum value of total births on French territory: 0.5% of the total. Between 2013 and 2016, there was a slight upturn in births to Portuguese mothers in France, a growth which “accompanied the resumption of emigration that took place all over the world, and in which Portuguese emigration to the France returned to fairly high levels, with a maximum of nearly 20,000 admissions in 2012 ”. In this decade, we observe a stabilization of the values ​​around 4,600 births per year, with a representativeness of births in France to Portuguese mothers of around 0.5% compared to the total number of births and 3% to those of mothers. foreigners.

Among the main countries of origin of mothers with children in France, Portugal occupied fifth place in the last period analyzed (2010-2018), with an average of 4,181 births per year. Portugal followed in this position Algeria, which occupied the first place (25,247 annual births), followed by Morocco (22,848), Tunisia (7,257) and Turkey (6,576). Between 1977 and 1979, Portugal occupied the third position (19,539 annual births), Morocco in second position (19,826) and Algeria in first (33,494). The author concludes that the evolution of the variation in births in France can be explained “more by factors relating to the mother’s country of birth than to the country of destination, France”.

According to this survey, “births in France to foreign mothers have a common characteristic throughout the series analyzed: the majority of births that occurred were to mothers of African origin, mainly from North Africa”.

“The great representativeness of the African continent in births in France is easily explained by the large migratory waves that occurred with the decolonization of the territories occupied by the French, such as Algeria, Senegal, Côte d’Ivoire, Tunisia and Morocco “, we read in the conclusions of the study.

CGTP-IN – A project for the future | Opinion