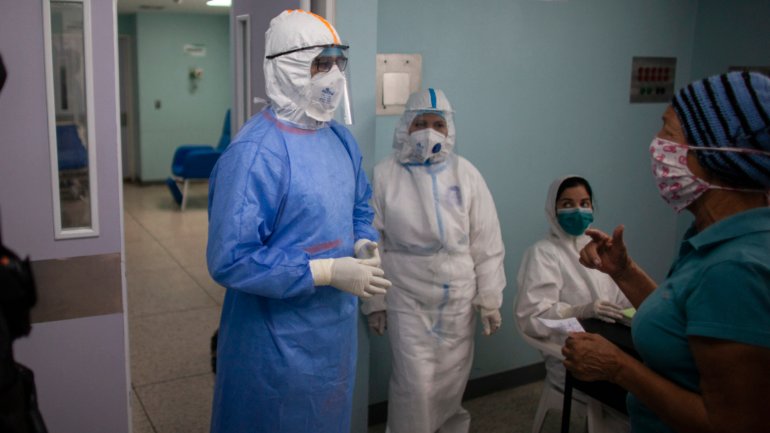 Health professionals in Venezuela are forced to work, despite the lack of conditions in the country’s hospitals, where they even buy personal protective equipment.

The complaint is lodged by the BBC in a video where it broadcast footage of Venezuelan hospitals, in which the majority do not have running water. People can’t even wash their hands or use the bathroom – buckets of water are strewn on the floor for use in bathrooms.

According to reports from health professionals, some tried to denounce the situation, but ended up in detention. There have also been cases of people saying goodbye due to the lack of conditions and fear of being infected with the new coronavirus, but were forced by government authorities to return to work.

We had about a month and a half when there was no pair of gloves to treat a patient [com Covid-19]. There were no gloves or masks, ”said a nurse who did not want to be identified.

According to the BBC, it is the healthcare professionals themselves who have to purchase personal protective equipment. However, considering the fact that Venezuela is the country with the highest rate of inflation in the world, it becomes unaffordable: a mask costs up to a dollar and doctors earn between four and five dollars a month.

Venezuela has recorded at least 600 deaths since March, a third of them health professionals.