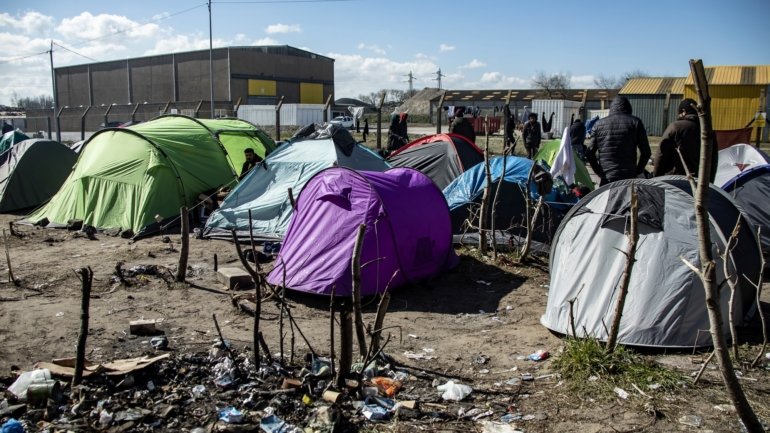 The French authorities began this Tuesday in Calais (northern France) the dismantling of a camp where about 800 migrants lived, the largest operation of its kind since 2016, when another camp known as “Selva” been evacuated.

The operation started without incident in the early morning, the police isolating the area of ​​the camp, located near the Calais hospital. Local civil protection tents have also been set up in the region.

About two hours after the start of the operation, nearly 200 migrants had already been evacuated from the camp, according to official sources quoted by France-Presse (AFP), which also said that the police had already questioned, until ‘now 21 people. “We want to avoid any concentration and a new fixing point in Calais and this district will be inaccessible”, declared the mayor of Pas-de-Calais, Louis Le Franc, estimating that this operation is the most “important” since “the dismantling From an area that has come to be known as’ Selva ‘, where around 9,000 migrants lived between 2015 and 2016.’ In my opinion, this is primarily a shelter operation. The migrants live in this wooded area in extremely difficult conditions. (…) It was important to remove all migrants before (…) the winter period ”, continued Louis Le Franc.

According to the local representative, migrants will now be sent to reception centers in different regions. Most of the migrants are men and are mainly from Somalia, Sudan, Iran, Iraq and Eritrea. Among the hundreds of migrants who lived in this camp, around 40 women and children were counted.

“Our objective is also to actively fight against the so-called smugglers (…) and the exploitation of human misery”, insisted Louis Le Franc, denouncing the values ​​demanded of migrants by the networks of traffickers: 7,000 euros for one boat crossing in good sea conditions ”and 3,000 euros“ in bad sea conditions ”.

Local associations dedicated to welcoming migrants, however, view this operation with great skepticism. “They are evacuating and isolating this area, people will come back in a few days and settle a little further away. We are spending a fortune, mobilizing dozens of buses, the police, and it’s absolutely useless. It’s a communication operation, nothing more (…) ”, lamented Maya Konforti, representative of a local association which provides assistance to migrants.

“Imagine being woken up at 3 am, with the police around you, being forced to get on a bus to go to a place you don’t want to go. At the first opportunity, they will get off the bus and come back, often on foot. (…) You know [os migrantes] that most of them cannot obtain asylum in France, because their situation does not allow it. England is your last chance, ”said the same representative.

The services of the French State estimate that 1,000 migrants are in Calais in the hope of crossing the Channel between the French coast and the English coast and reaching British territory. For local associations, this number is higher and around 1,500 migrants.

According to activist Claire Hédon, who last week denounced the “degrading and inhuman” living conditions of migrants in Calais, there should be between 1,200 and 1,500 migrants and refugees in this French city.

Zoom introduces its own marketplace and third-party application integration%

Don’t use Trump to hide your ideas – Observe

Instead of the second TV debate: Trump asks voter questions on TV – along with Biden – politics