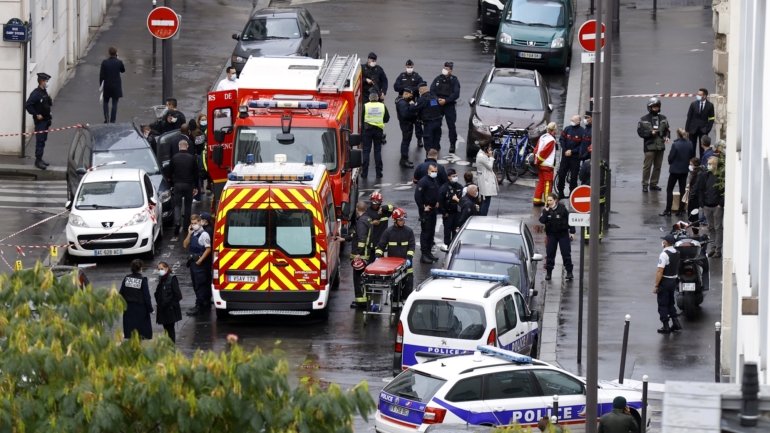 The alleged perpetrator of Friday’s attack on the former premises of the satirical Charlie Hebdo newspaper in Paris admitted to calling himself Zaheer Hassan Mahmoud and being born in Pakistan in 1995, the French counterterrorism prosecutor said on Tuesday.

The suspect had initially claimed to be called Hassan Ali and was born in 2002 in Pakistan, an identity with which he received child welfare when he arrived in France in 2018.

Faced with a Pakistani document found on his phone, “he has finally admitted what his real identity is and that he is 25 years old,” prosecutor Jean-François Ricard said at a press conference today in Paris.

According to this official, the suspect “was until now completely unknown to all the intelligence services”.

The Pakistani confessed he was responsible for Saturday’s attack, justifying it by republishing the satirical journal of the Prophet Muhammad cartoons published in 2014, which the suspect claimed “could not stand.”

The new attack took place at 11:45 a.m. local time (10:45 a.m. in Lisbon) on Friday in Nicolas Appert Street, next to the building that housed the Charlie Hebdo newsroom, and emerged after, about two weeks ago, Al Qaida. having again threatened the newsroom by republishing the cartoons of the Prophet Muhammad.

The alleged perpetrator of the Friday morning attack was detained shortly after in Place de la Bastille, a short distance from the crime scene.

Besides the main suspect, six other people have already been arrested by French counterterrorism authorities for alleged links to the attack, which left two seriously injured.

The two victims are journalists (a man and a woman) from the documentary production company PLTV.

On Friday evening, French Interior Minister Gerald Darmanin said the attack was an “Islamic terrorist act” against France and against journalists.

In January 2015, two Islamic extremists killed 12 people in an attack on Charlie Hebdo, which moved after installations to an undisclosed location.

The trial of this case has been underway since the beginning of this month in Paris.