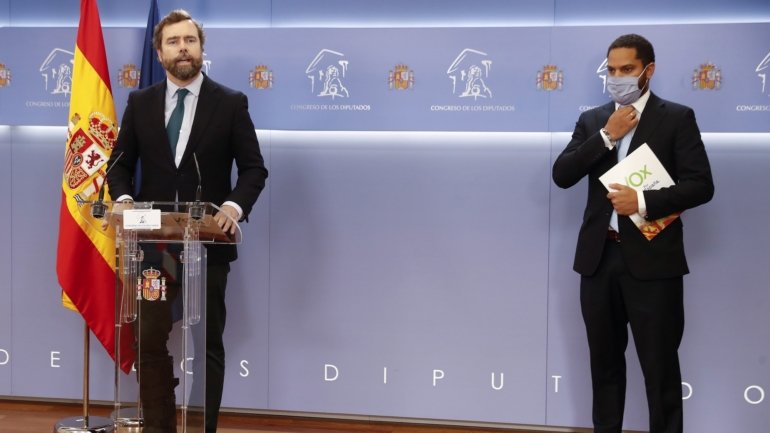 Spain’s far-right Vox party, the third largest in parliament, today presented a motion of censure against the socialist government of Pedro Sánchez, claiming that “the construction of 78 is in danger”, a reference to the pacts of democratic transition.

“We watch daily in the villages, in the countryside… The commotion is a cry; the building at 78 is in danger because it has never seen such an attack: a government which attacks the king, which is against the police… ”, warned the parliamentary leader of the formation, Iván Espinosa de los Monteros, after having registered the motion in the parliamentary services.

For this far-right party, the recording of the motion is done by “responsibility”: “The motion is an instrument available to parties who think that the time has come, because we are at a very serious moment for our democracy ”, he defended Espinosa.

The Bureau of the Congress of Deputies (lower house of Spanish courts) will now assess this request, which has been presented by more than a tenth of the deputies (Vox has 52 out of 350).

So far, no other party with parliamentary representation has expressed support for this initiative and it is unlikely to be approved.

The Socialist Party (PSOE), which leads the current minority government coalition, has 120 deputies, followed by the People’s Party (right) with 88, Vox with 52, Unidas Pode (far left who is also in the executive) with 35 and o Citizens (liberal right) with 10, to name only the largest groups.

Cycling mobility in Porto: what remains to be done? | Opinion

Questions of the day: Nobel Prize for Berlin researcher, ban on accommodation – that was important – politics