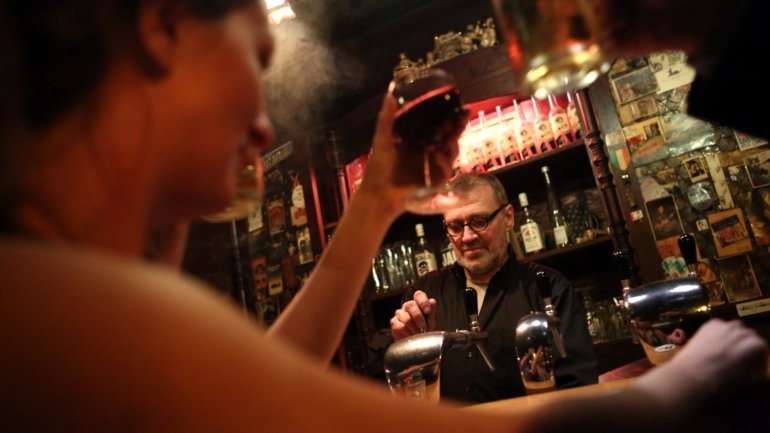 The British government has imposed a series of new measures to contain the spread of the new coronavirus, which has seen a significant increase in the United Kingdom in recent weeks, especially in England. These include a ban on music above 85 decibels in pubs, bars and restaurants, a rule that does not apply to concerts or performances. In addition, establishment owners must do everything to prevent groups of more than six people from singing and dancing, says The Guardian.

The new measures also include fines for those who fail to comply with mandatory detention. These start at 1,000 pounds (1,095 euros) and can reach 10,000 (around 11,000 euros), if the patient insists on not following the rules. If you come into contact with a large number of people, you may have to pay £ 4,000 (€ 4,400). The police are allowed to take people into forcible detention to their homes.

Anyone who attempts to quarantine someone, denouncing that person as a patient with Covid-19 when they are not, will be fined a thousand pounds. Likewise, anyone who provides false information to authorities may also have to pay £ 1,000. An employer who tries to force a worker into self-isolation could be fined £ 50 (€ 55). On the other hand, if you try to get a worker who must be isolated to work, you could be fined up to £ 10,000.

These rules will be revised within six months, but could last up to a year if the government decides, says The Guardian.

Along with these measures, another set of rules will apply this Wednesday to be applied to seven regions of North East England – Durham, Gateshead, Newcastle, Northumberland, North Tyneside, South Tyneside and Sunderland – which will affect about two of the millions of people, according to the BBC. UK Health Minister Matt Hancock, who announced the measures, said cases in the region “had increased a lot” and there were more than 100 cases per 100,000 population.

According to them, the English living in these areas will only be able to socialize with the people they live with and receive or make home visits under very specific circumstances, such as assisting a vulnerable person or helping change. Anyone who does not follow this rule may be fined up to 6,400 pounds (7,014 euros), warns The Guardian.

The rule in itself is not new (in other parts of England, including the North East, it was already illegal to coexist between different households inside the house or in the garden) , what is new is the ban on socializing in commercial establishments, explains the BBC. .

“Unfortunately, the number of cases continues to increase dramatically,” said Matt Hancock. “We know that a lot of these infections occur in other closed places besides housing. Therefore, at the request of the local assemblies we have worked with, we will introduce legal restrictions on coexistence between households under all circumstances.

Other rules include the closure of entertainment venues between 10 p.m. and 5 a.m. Pubs, restaurants and bars may only have table service and the inhabitants of the places concerned will be invited to use public transport only when it is strictly necessary, to get to work or school, and not to attend sporting events.

According to The Guardian, the situation will be reviewed every week and the measures adapted to the situation.