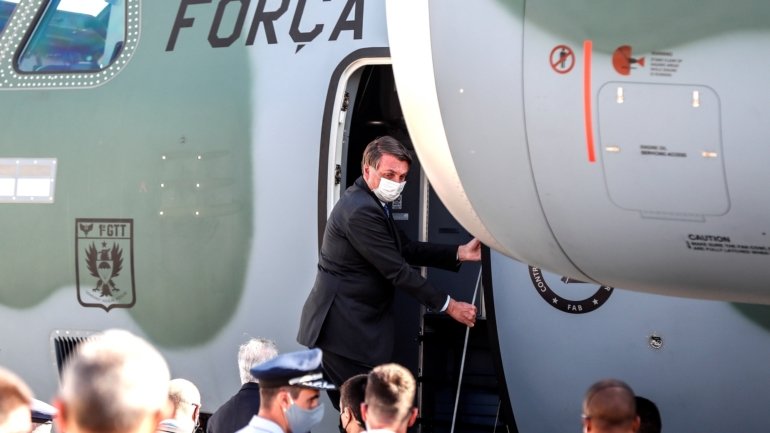 The President of Brazil, Jair Bolsonaro, said on Tuesday that the subsidies intended for the poorest by Congress as part of the fight against the Covid-19 pandemic “unfortunately for demagogues and communists, it cannot be eternal” .

The statement was released by the Brazilian head of state in messages on the social network Twitter to financial market officials, who fear the Brazilian government will further increase already high public spending during an acute budget crisis to assist to a social program under discussion on request. Bolsonaro himself.

6- Fiscal responsibility and compliance with the ceiling are the ways of the economy. We are open to suggestions with party leaders.

7- Emergency aid, unfortunately for demagogues and communists, cannot be eternal.

The Brazilian president confirmed on social networks that “fiscal responsibility” is a priority in his management.

The doubts have arisen against the backdrop of an extensive debate within the government looking for formulas to increase public spending on social grants, which have jumped exponentially since last April to mitigate the economic impact of Covid-19.

Until the emergence of the new coronavirus, around 40 million people received around 200 reais (30.26 euros) per month thanks to the Bolsa Família program, created in 2003 by the government of former President Lula da Silva.

With the pandemic, the amount of aid increased to 600 reais (90.78 euros) and reached around 65 million people, as it included beneficiaries of Bolsa Família and also workers who lost their jobs because of Covid-19. .

This greater attention to the working classes had a political impact and Bolsonaro’s popularity, in favor of an ultra-liberal minimal state economy, exploded with his approval rating reaching 40%, the highest level in 21 months.

To maintain this support, Bolsonaro instructed his economic team to find a formula to strengthen the Bolsa Família from January, the date on which the emergency aid approved by Congress for the pandemic, already reduced by half since September, will end. .

Bolsonaro explained on Twitter that government studies aimed at increasing aid to the poor aim to “anticipate the serious social problems that could arise in 2021 if nothing is done to respond to this mass which has lost everything, or almost everything” .

5- Those responsible for the destruction of millions of jobs are now silent. My government seeks to anticipate the serious social problems that could arise in 2021, if nothing is done to respond to this mass that almost everything has lost.

He was also keen to hold mayors and governors accountable for the social situation, accusing them of promoting social isolation measures in the pandemic despite government opposition to such restrictions.

“The ‘stay at home because the economy comes after’ policy is over and the ‘after’ has arrived. The press, which has been so supportive of “staying at home”, no longer has any option to serve these millions of homeless people, ”Bolsonaro wrote.

4- The “stay at home that” the economy we’ll see later “has ended and the” after “policy has arrived. The press, which has been so supportive of “staying at home”, no longer has the choice of serving these millions of people. without assistance.

The head of state stressed that “those responsible for the destruction of millions of jobs are now silent”, even if most of the world’s economies have suffered losses, including countries where social isolation measures have been more lenient.

Bolsonaro also rejected, as opposition sectors claim, that the intention to extend social subsidies from January has political goals and is aimed at consolidating his eventual re-election in 2022.

Brazil is the Portuguese-speaking country most affected by the pandemic and one of the hardest hit in the world, if we count the second number of deaths (more than 4.7 million cases and 142,058 deaths), after the United States.

iPhone 13: Touch ID under the screen is discussed again