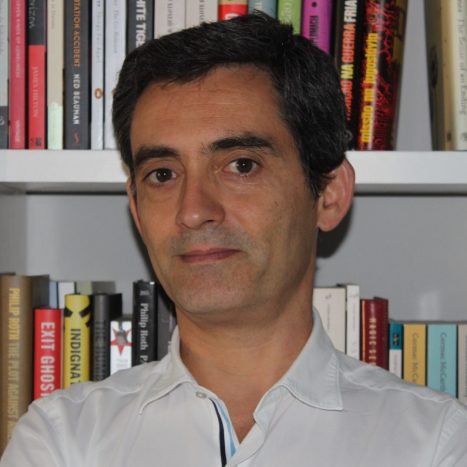 Another week has passed and another futile indignation. Futile, because it served no more than the simple use of citizens for the benefit of their own agenda. This time, the reason was the interview of the American ambassador to the Express in Portugal. According to George E. Glass, Portugal will have to choose between the United States and China when it comes to, among other things, the use of 5G technology. This is not the first time that the United States has alerted an ally to the risks (and danger) in defense, which represents Chinese 5G technology. In fact, it is perfectly natural for a sovereign country, like the United States, when faced with a threat to the defense of its strategic interests, including its allies, to make its position known on this issue. It is perfectly natural for a sovereign state, like the United States, to give its ally, as the sovereign country that it is, the possibility of choosing which option to take. Just as it is perfectly natural for an ambassador to do his job, which is to communicate to the country where he is placed what the interests of his government are.

It was not the understanding of our leaders and some Portuguese political analysts. Marcelo Rebelo de Sousa, who speaks faster than his will, was categorical in asserting that, for an “obvious question of principle”, “in Portugal, it is the representatives chosen by the Portuguese who decide their fate”. The Minister of Foreign Affairs repeated the same mantra which, so obvious, makes me believe that, in order to be tighter, the choice of Portugal will obviously be that of North America. But indignation also struck some commentators and journalists. Marques Mendes, for example, said it was an unacceptable insult and that the Ambassador should apologize. Público manager Manuel Carvalho wrote that Portugal is not Washington’s backyard. For my part, I went around the interview (I almost overturned the newspaper, that was not how the critics read it) and I did not encounter a threat. What did the ambassador say? That Portugal should choose between the United States and China. I didn’t say choose the United States. He also did not inform us that the alliance with Washington was over. No, what the American Ambassador, George E. Glass, told us is that, in exercising its sovereignty, Portugal should choose between the United States and China. What Glass did, as a diplomat, was to convey to Portugal the terms established by his government and which the United States deems essential to see Portugal as an ally. Couldn’t you do it? If I couldn’t, it’s because we forget that ambassadors aren’t just used to posting pictures of you on social media with the scarf for corner selection and cheers for Ronaldo. Portugal is more than that and politics too. In fact, sovereignty itself has more dignity than that, although football is worthy and much more, I admire Cristiano Ronaldo’s career and abilities.

The indignation of Marcelo, Santos Silva, Marques Mendes, Manuel Carvalho, among others, is, forgive me, simplistic. We were given the choice and the shock was frontal. What’s Perceived: In a country where citizens have little to no freedom of choice, it’s hard to believe even governments can do it. Faced with this possibility, they were outraged, which is a nice way to say that they were afraid. According to the dictionary, outrage means a feeling of fury or contempt, such as aggravation which, in turn, can also be understood as a state of worry and anguish. What, in fact, a separate definition of Portugal: a state of worry and anguish. And it’s not just now. Just like the illusion about sovereignty is not just now. In the 18th century, the Portuguese Empire was little more than a British permission, becoming practically a protectorate by the end of that century. Even the continuation of Portuguese existence is due, in some way, to the British need for Spain not to dominate the entire peninsula and take control of our empire. Portugal, like the Netherlands, was seen by the British as an enclave in Europe and the world, stationed at the gates of Spain. Were we sovereign? In a way, yes. As we were, when D. João VI left Lisbon for Rio de Janeiro with the British escort and the favor of the winds; as we were, when we secured an empire in Africa, much to the general indignation of an elite in Lisbon, who did not realize that much more could be done than would be expected of a little country. Are we still sovereign? The UK decided to leave the EU because it did not see itself as such. Is it sovereign, a country with allies? Is North Korea, which has no allies, sovereign? What good is an unfounded indignation in a country that if it did not belong to the EU, your state would have no money to pay the salaries of civil servants? It is absolutely useless.

This certainly does not serve to understand what is at stake in the words of the American ambassador. Because what Glass told us is that China is no longer the poor country where Portugal, in 1995, decided to build the Macau airport, because Beijing couldn’t do it. China is the new great world power, it is buying dependencies in Asia, Africa (Angola and Mozambique, which should concern us much more than Glass’s words), South America and Europe. Portugal is one of the targets for Chinese investments. What Glass is telling us is that this kind of rivalry is not just about economics and business, because both economics and business have political implications. What Glass warns us is the possibility that Portugal will one day wake up with a painful addiction in Beijing. Chinese diplomacy is not serving and its language is enigmatic. If Portugal would rather not hear the clear words of the American ambassador, there is a risk that in the not too distant future other leaders chosen by the Portuguese will encounter the uncomfortable and obvious impression of those leaving the United States. meetings without being able to define why or why they did not go well. The real threats aren’t felt until later, when the muted words are properly digested. At this point, it will become evident that we did not take an ally’s warning seriously. Sovereignty is a very complex concept to face with fury or contempt.

Brazil. Whites cease to be the majority of candidates for election – Observer

Planned candidate for the Greens: Bsirske wants to join the Bundestag – the economy

Beer consumption during a pandemic: do people drink the crisis? – Economics

MEPs to discuss legislative initiatives on teleworking, the climate and professional orders | PS