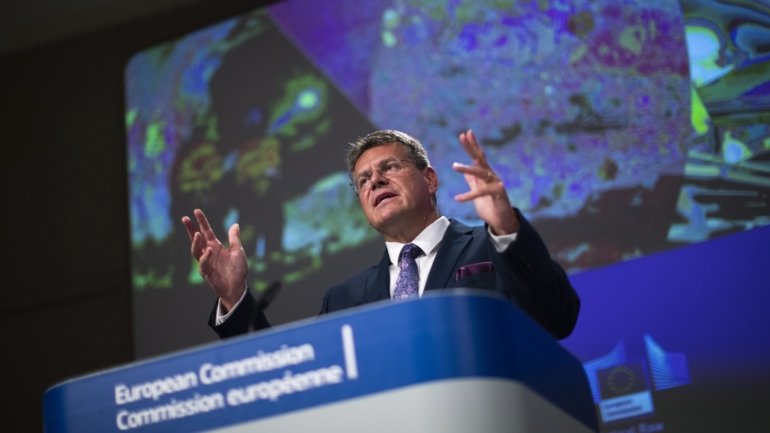 The Vice-President of the European Commission in charge of interinstitutional relations, Maros Sefcovic, said on Thursday upon his arrival in London that he would express to the British government its “deep concern” over the bill which aims to modify the agreement on Brexit.

Sefcovic is in London to meet with British Council of Ministers Minister Michael Gove to seek “clarification” on the controversial bill, presented to parliament on Wednesday, which aims to change the agreed provisions Brussels on the border between the two Irish.

Sefcovic and Gove are both part of the so-called European Union (EU) – UK Joint Commission, which oversees the implementation of the deal reached last year, before the country left the European bloc on January 31. “I have requested an extraordinary meeting of the joint commission which will take place in a few hours. I have come here to express the deep concern of the European Union about the published bill, so that will be the nature of our conversation today, ”he told reporters, arriving at the station. from St Pancras, in the center of the British capital. When asked if he had lost confidence in the Boris Johnson government, the Vice-President of the EC simply replied that it was better to wait and see “what Michael Gove says this afternoon”.

The meeting is expected to take place at lunchtime, as Michael Gove has a hearing with a parliamentary committee on public administration and constitutional matters at 2:30 p.m. (same time in Lisbon). The UK’s Home Market Bill is designed to regulate the UK’s internal trade if there is no trade deal between London and Brussels when the current transition period ends on December 31. The law, if passed by Parliament, gives the UK government the power to “change or stop the application” of certain rules relating to the movement of goods contained in the Northern Ireland Protocol, in violation of international law.

The Northern Ireland Protocol, which would only apply if there was no agreement at the end of the transition period, aims to avoid a physical border with Ireland, a member of the EU, so as not to undermine the peace process in Northern Ireland. Thus, he envisions the British region to remain in the single European goods market with Ireland, which implies the creation of a system of customs control with the rest of the United Kingdom, one of the fundamental aspects that the government Johnson wants to change.

Also in London, the eighth round of negotiations for a post-Brexit trade agreement ends this Thursday, under the leadership, on the European side, by the European Union’s chief negotiator for the process, Michel Barnier, and on the British side, by David Frost.

Apple breaks relationship with Pegatron due to student labor violations

According to Nokia, 5G uses less than 90% of the energy than 4G