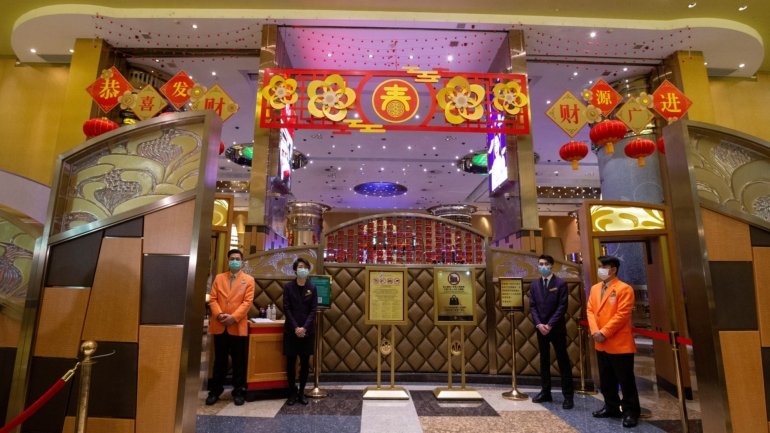 Analysts who took part in a debate on the gambling industry in Macau on Thursday were divided over the scope of the casino concessions, the tender of which is slated for 2022.

Factors such as the Covid-19 pandemic and tensions between the United States and China are sufficient reasons, analyst David Green says, for the government to postpone the tender and extend gambling concessions to the operators of the casino capital of the world.

According to David Green, there are too many risks “to make a decision”.

In his view, the market needs to stabilize for the government to make a decision.

“These days, there are too many uncertainties,” he said, referring to the economic crisis caused by the pandemic of the new coronavirus which, since February, has reached the gambling capital of the world, due to restrictions on borders and the absence of tourists.

In the first eight months of the year, casino losses from the previous year were 81.6%. Three dealers (Macau Gaming Society, Galaxy and Wynn) and three sub-dealers (Venetian, MGM and Melco) operate casinos in what is often referred to as Las Vegas in Asia, but which has long exceeded the revenues of registered casinos in this northern city. -American.

“It would not be wise to make a decision right now”, because you have to expect less uncertainty and see how everything will turn out, and there is a “level of normalcy before a decision is made by the executive”.

The Portuguese analyst also recalled the legal regime for the operation of games of chance in a casino in which “the duration of the concession may, exceptionally, be extended, on a reasoned order of the general manager, one or more times” in a period of up to five years.

“The extension of the duration of a concession can give rise to a revision of the concession contract, as well as to the conclusion between the parties of addenda”, we read in the legal regime.

Ben Lee, analyst at IGamix, gaming consultant, does not think there will be an extension of the concession contracts: “The game plan is ready to be executed”.

According to the analyst, the decision will be taken by Beijing and the trade war with the United States could have an influence on the failures of operators in the territory.

Of the six dealers / sub-dealers, three are North American and make about 60% of gaming revenue in Macau, the analyst noted.

Between March and June 2002, contracts were signed between the Macau government, the Macau Gaming Society (SJM), Galaxy Casino and Wynn Resorts Macau for the award of three concessions.

Venetian is owned by Sands China, which is a subsidiary of the American Las Vegas Sands. Wynn and MGM are also groups of companies with a majority of US capital.

“This is an opportunity to readjust the seats at the table,” he said.

Ben Lee also recalled that the trade war has entered a phase where several companies have entered the phase of disputes such as TikTok, Huawei and Sands (whose executive chairman is Sheldon Adelson, a friend of Donald Trump and one of the biggest funders for your presidential campaign) can do the same.

Macau, the gambling capital of the world, is the only place in all of China where casino gambling is legal and in 2019 generated revenues of 292.4 billion patacas (approximately 31.1 billion euros).

AirPods Max is a niche market according to providers

After corona infection of the American president: Trump has been fever-free for 24 hours, according to personal physician