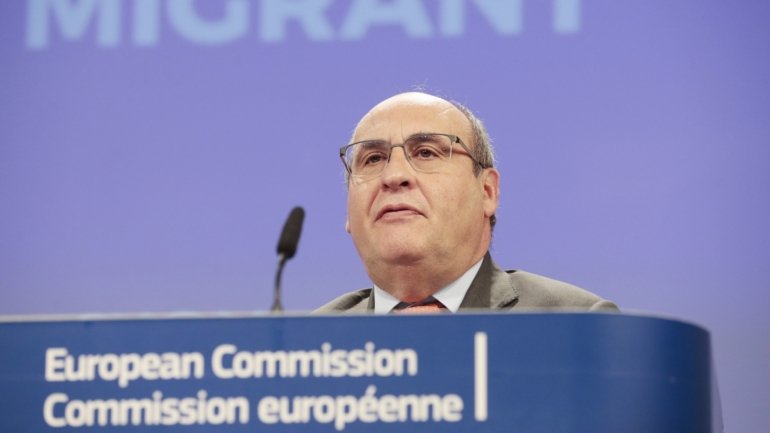 The Director General of the International Organization for Migration (IOM), António Vitorino, believes that the Covid-19 pandemic will create different speeds for the mobility of people, between countries, which will leave the least developed behind.

At a conference on “The impact of the pandemic on the 2030 Agenda – the case of migration”, organized by Instituto Camões, which Lusa attended, Vitorino expressed concern about the impact of the current global health crisis, citing the example of how migrants are victims of discriminatory policies, in state support to citizens.

“One of the big issues in the near future will be the mobility of people,” Vitorino said, citing concerns from health authorities seeking to block the spread of the new coronavirus. And mobility restrictions inevitably affect the millions of migrants who find themselves in the most difficult situation with this pandemic.

“Instead of having decreased, the flow of migrants between Africa and Europe has increased in recent months,” said the IOM director, adding that there was even a two-way flow, with some migrants trying to return to their country of origin. origin, given the signs of worsening of the health crisis.

During the conference, which had an auditorium on site at the premises of the Instituto Camões, but which was broadcast by video, António Vitorino is particularly concerned that some countries are not able to handle the control mobility during a pandemic, which increases the gap between the most and the least developed.

Vitorino also highlighted how some countries have left illegal migrants out of health systems.

“Singapore, for example, did not consider illegal immigrants as citizens who can be welcomed by the health systems”, illustrated the leader of the IMO, to say that this discriminatory issue affects many other countries and has a negative impact on the fight against the pandemic.

In Singapore, many epidemics have occurred exactly in the communities of illegal migrants, ”explained Vitorino.

The Director General of IOM highlighted the efforts of international organizations in the fight against the pandemic, seeking precisely to focus their support on the various migrant communities, with several million dollars. Much of this money, however, is taken out of the Agenda 20-30 program, compromising the objectives of this project.

“The financial effort that is currently being made will certainly harm the Agenda 20-30 program at the end of this decade,” acknowledged António Vitorino.

At the Camões Institute, was present the Secretary of State for Portuguese Communities, Berta Nunes, who questioned Vitorino on the lessons that can be learned from this pandemic, on its impact on migrants.

“I have more doubts than certainties about this,” Vitorino replied, saying it is important that this pandemic leaves no one behind, namely immigrants.

Boris Johnson [o primeiro-ministro britânico] he contributed a lot by acknowledging that his life had been saved by two immigrants, health technicians, a Portuguese and a New Zealander, ”said Vitorino, referring to the British Prime Minister.

But the director general of the IOM also spoke of the effort that certain countries, like Italy, take advantage of this occasion of health crisis to regularize the situation of thousands of illegal immigrants.

SVOD is very popular with the French

Studying the Humanities in Times of Crisis | Opinion