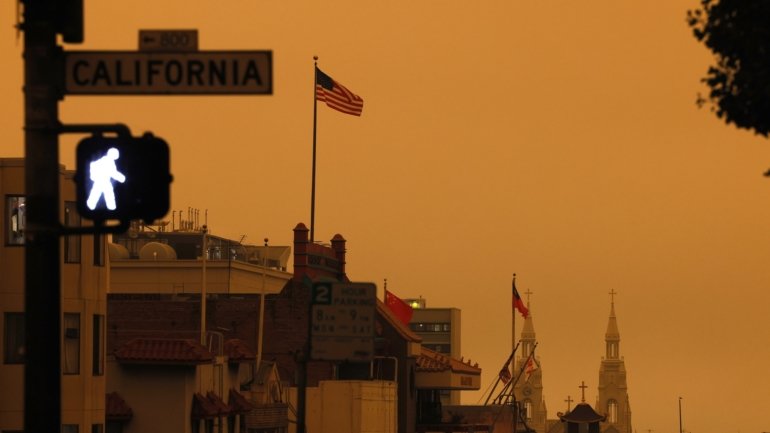 Historic-scale fires continued on Thursday to ravage the west coast of the United States, where they have already killed at least seven people, including a baby, and destroyed hundreds of homes, forcing thousands to flee .

The fires spread from Washington state, which borders Canada, to San Diego in southern California, fueled by drought and high winds.

In addition to the seven deaths already confirmed, the authorities fear a more negative balance. Three people have died in Butte County, California, three more in Oregon, and a one-year-old baby has been found by rescue teams at the parents’ badly burned home in Washington state.

Residents of Estacada, a small rural town in Oregon, 50 kilometers southeast of Portland, were ordered to leave the city at noon on Wednesday. Oregon is facing fires “unprecedented in the state”, according to Governor Kate Brown, who had already predicted, Wednesday, “many losses, in terms of buildings and human lives.”

Further south, near Fresno, California, other residents also had to flee within minutes. The fire burned 67,500 hectares, sowing desolation in the process: vehicles reduced to burnt and twisted metal, houses of which only the brick chimney remains.

About 360 buildings were destroyed, according to firefighters, who mobilized more than 1,000 men to fight the flames in the Sierra National Forest, using water and land.

Withdrawal operations for thousands of people have been hampered by the novel coronavirus pandemic.

In Fresno, the Red Cross has called for hundreds of hotel rooms to isolate the displaced and prevent the spread of the coronavirus.

We placed (safely) more than 600 people on Tuesday evening and the day before, ”a spokesperson for the organization, Cindy Huge, told AFP.

People far from their homes are given three meals a day and water, he added. Maintaining physical distance is an ongoing challenge.

In Washigton State, more than 200,000 hectares were burnt down, according to Governor Jay Inslee, who on Thursday denounced the catastrophic consequences of climate change.

“We are not going to abandon the future of this state to climate change,” he wrote on the social network Twitter. “I will think about these fires and their impact on our populations, when we take the next decisions to fight against climate change”, he added.

We are not going to abandon the future of this state to climate change. We’re stronger, smarter, and more resilient than that.

And I’ll be thinking about these fires and the communities they affect when we take our next steps to defeat climate change. https://t.co/HYk0pM9VX8

In California, more than twenty fires are raging intensely and the blaze has already consumed more than 10,000 square kilometers in the state this year, a record since these statistics began in 1887.

Near Los Angeles, a fire that remains uncontrollable has already consumed more than 8,000 hectares, according to firefighters.

Withdrawal orders were also issued to people around San Diego, where more than 7,000 hectares burned in four days, in the so-called Valley Fire, according to local authorities.

Lack of recognition and recognition: an unjust boss can make employees nauseous – the economy

Biden is proclaimed new president: the moment when half America goes crazy – politics