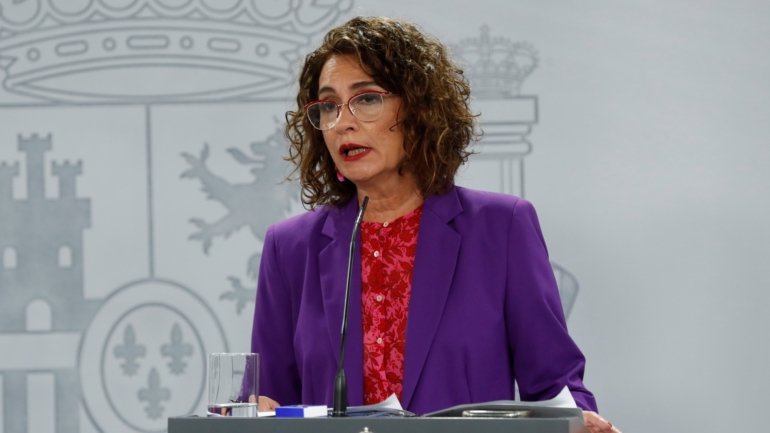 The Spanish government will abandon the budgetary discipline rules for 2020 and 2021, due to the impact of the Covid-19 pandemic on public finances, it was announced this Wednesday in Madrid.

“The government has decided to suspend the fiscal rules for 2020 and 2021 in an extraordinary way,” said Finance Minister Maria Jesus Montero, after public debt reached 110% of GDP in the second quarter of the year.

This decision was taken following the “suspension in the stability pact” decided by the European Commission, to allow member states to relax the control of public spending in the face of the health crisis, he said.

This unprecedented decision […] its sole objective is to enable all public administrations to put all their resources at the service of the citizens, ”said Montero.

The temporary abandonment of fiscal discipline concerns central, regional and municipal governments, which will be allowed to borrow up to a rate determined by the government.

“The rules of budgetary discipline are suspended, but the budgetary responsibility of administrations is not suspended […]. I would like to point out that the Spanish government is not abandoning the principle of budgetary stability, ”added the Minister.

According to the government official, the objective is to find a balance between the suspension of discipline “so that it does not become an additional brake on economic growth, while maintaining the budgetary responsibility for using the resources from taxes of citizens in the most efficient way possible. “.

However, some rules will remain in force, in particular those that oblige governments to honor debt payments to private sector suppliers.

Maria Jesus Montero also warned that although fiscal rules are suspended, Spain’s responsibility to comply with the Stability and Growth Pact in the future is not suspended, and she also called for the responsibility of all administrations.

The Stability and Growth Pact is a set of rules for the coordination of national fiscal policies in the European Union, stipulating, for example, that the budget deficit should not exceed 3% of GDP and the public debt 60% of GDP .

The EU votes for the right of its citizens to redress