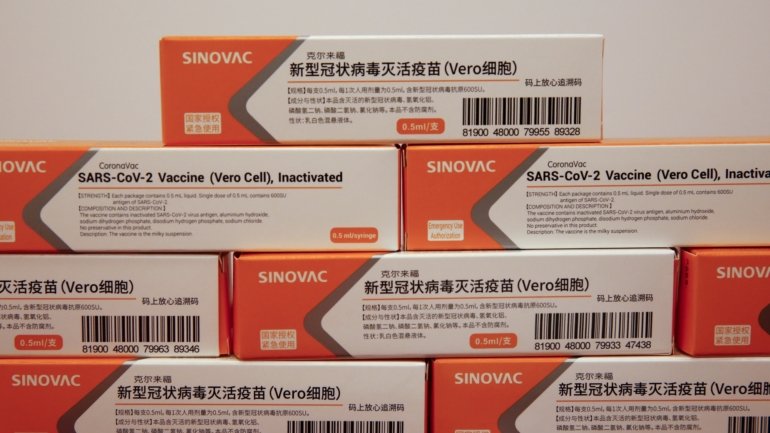 São Paulo, the Brazilian state most affected by Covid-19, on Wednesday signed a contract to receive 46 million doses of the “coronavac” vaccine, from the Chinese laboratory Sinovac, and which it intends to apply to the population from the 15th December.

The agreement for 46 million vaccines against the coronavirus, or the equivalent of the entire population of the state, was signed at the Palácio dos Bandeirantes by the state governor, João Doria, by the director of the Institute Butantan, Dimas Covas, and by Sinovac Global Vice President Weining Meng.

Worth 90 million dollars (76.7 million euros), the contract also formalizes the transfer of technology for the production of vaccines by the Butantan Institute, a scientific organization linked to the regional government of São Paulo.

“São Paulo is wasting no time, São Paulo wants to protect the health and life of Brazilians,” Doria said, adding that there is still a verbal agreement between the management of Butantan and Sinovac so that an additional 14 million doses of the vaccine can be administered in February 2021.

The governor hopes that, once approved by Brazilian health authorities, the vaccination campaign will begin on December 15, with health workers in São Paulo being the first to be vaccinated.

“São Paulo will be one of the first places in the world to vaccinate the population”, but “we will respect all clinical procedures” and “wait for the approval” of the National Agency for Health Surveillance (Anvisa), he said. he declares.

According to the São Paulo executive, the safety of the immunizer has already been proven in a survey of more than 50,000 volunteers in China. The vaccine has also been tested in Brazil since July and, currently, the clinical studies of the last phase are being monitored by 12 scientific research centers in five Brazilian states and the Federal District.

The director of the Butatan Institute also informed that seven thousand of the 13 thousand volunteers planned for this third and final phase of the tests, which will continue in Brazil until October 15, have already received the vaccine.

São Paulo, the richest and most populous state in the country, with an estimated 46 million inhabitants, is the region of Brazil most affected by the pandemic in absolute numbers, with 979,519 cases of infection and 35,391 deaths, according to the latest report from the Ministry of Health.

Brazil, on the other hand, is the Portuguese-speaking country hardest hit by the pandemic and one of the hardest hit in the world, counting the second number of deaths (over 4.7 million cases and 142,921 deaths) , after the United States.

Despite the daily average of 700 deaths, state and municipal governments continue to push forward with plans for economic reopening and have already shut down field hospitals, as in São Paulo, while the majority of society Brazilian begins to ignore distance measurements. still in force.

Epidemiologists have been warning for weeks on a possible resumption of cases in the country, as is the case in the state of Amazonas (north), if the population does not maintain social distance and the use of a mask .

A quarter of the French have an iPhone, Samsung a little less

From the upper party limit to the expanded mask requirement: crisis meeting with Merkel – what awaits Germany? – Politics