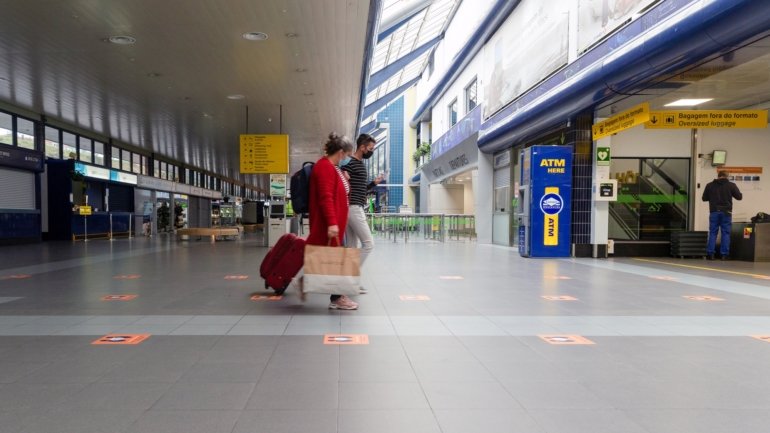 The president of the PSD Azores, José Manuel Bolieiro, regretted this Wednesday that the regional executive, socialist, did not transmit “information” to the opposition on the responses to the European Commission concerning the doubts raised about the carrier SATA overhead.

For Bolieiro, an answer “in unison” would better justify the doubts raised by the Commission.

“The PSD wants to be part of the solution to the serious problem facing SATA,” the Social Democrat told reporters, speaking in Ponta Delgada after a meeting with the administration of the Azores air carrier.

“We love SATA. What we want to do is be part of the solution. This meeting helps to consolidate our availability “, he added, also affirming” to repudiate “a recent declaration by the president of the government of the Azores and leader of the PS in the region, Vasco Cordeiro, who declared that the PSD was” deserted “. “So that the answer to Brussels doubts that” goes wrong “.

José Manuel Bolieiro, however, underlined that “whatever” the party does not have data from the government of the Azores, “efforts” have already been made with the deputies elected by the PSD to the European Parliament to “raise awareness” in Brussels of “the importance of SATA”.

Recently, Brussels indicated that Portugal had to prove that the three recent capital increases of Azorean carrier SATA did not constitute state aid, in order to ensure full compliance with the recently requested € 133 million support.

The deadline requested by Brussels ended around mid-September, but in the meantime another month has been given to the regional executive to make its case.

The Community’s position emerged in a letter from the Executive Vice-President of the European Commission, Margrethe Vestager, responsible for competition policy, to the Minister of Foreign Affairs, Augusto Santos Silva, regarding the ‘green light’ from Brussels for Portuguese state aid of 133 million euros to Azorean air carrier SATA. The support consists of a state guarantee for a loan from private entities.

The Lusa agency had access to the letter, dated August 18, at the time of the decision of the community executive, and at the time it was also mentioned that an investigation would be opened to assess compliance with community standards. in other public support for the company.

The investigation concerns three capital increases carried out between 2017 and 2020 and which will inject nearly 130 million euros into the carrier until 2023.

Portugal argued that the regional government of the Azores, as the sole shareholder of SATA, acted as a private investor operating under market conditions. The country can however invoke “exceptional and unforeseeable” circumstances whose responsibility could not be attributed to the SATA to justify financial injections, admitted Margrethe Vestager.

SATA’s financial difficulties have persisted since at least 2014, when the airline, wholly owned by the Azores regional government, began to record losses, meanwhile made worse by the effects of the novel coronavirus pandemic, which has had a huge impact on aviation industry.

The current board of directors of the Azorean carrier took office in January and has committed to presenting a strategic and business plan by the end of the first quarter of the year, but the Covid-19 pandemic has forced a re-evaluation of the document.

In July, the SATA stressed that “the context caused by the pandemic had had a very significant impact” and, due to “the almost complete cessation of activity, all possible measures were implemented at the disposal of the management, in a scenario where the preservation of employability was fundamental ”.

In the coming months, under Community regulations, SATA will work, with the Government of the Azores and the European Commission, on a business plan guaranteeing the economic and financial viability of the group and guaranteeing services of general economic interest. in air transport. and the exterior.

Economic forecast of research institutes: the economy is collapsing more than expected – the economy

Is Google Really Too Powerful?

An anti-hysteria pact to fight against covid | Opinion