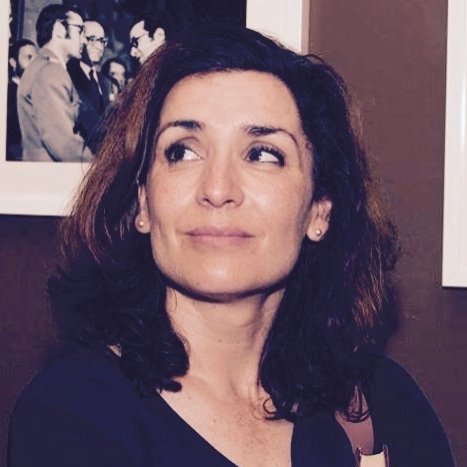 The answer to this question has become central to this election.

Returning from a visit to the famous Mexico-U.S. Border wall, Pope Francis was the latest celebrity to join Joe Biden’s campaign for the presidency. When asked by a reporter about Donald Trump on the papal plane on his return to Rome after his six-day visit to Mexico, Francisco retorted: “A person who only thinks about building walls, wherever he is. ‘it be, and not to build bridges, it is not Christian’.

Francisco’s support for Biden comes at a sensitive time. Joe Biden is the leader of a party that has become more secular and increasingly liberal, including in its support for the right to abortion. This puts him in a delicate balance: although the Catholic Church is the largest church and the second largest Christian denomination in America (with 22%), Biden would only be the second Catholic president of the United States, after John F. Kennedy.

Additionally, the death last week of Supreme Court Justice Ruth Bader Ginsburg, a liberal who helped block abortion restrictions, and Trump’s choice to replace her, Catholic and conservative Amy Barrett, are likely to reinforce tensions. that Joe Biden needs to navigate Catholic voters and help Trump polarize the electorate. Extreme polarization is Trump’s strategy. And while the coronavirus and the economy remain central issues in the election, the balance of the Supreme Court and the future of abortion rights have also become central elements of the campaign.

At Amy Barrett’s confirmation hearing as an appeals court judge in 2017, Democrats accusingly said “the dogma speaks loudly in itself.” It is suspected that his appointment to the Supreme Court will help to limit the right to abortion, the rights of immigrants and, in general, to overturn many freedoms that have been acquired in recent decades. She replied that her private beliefs would not affect her performance in the public service.

Two weights and two measures? Can Biden be Catholic and reconcile the Democratic Party with believers, but the religion of Amy Coney Barrett, who is part of a charismatic community with an obedience vote, “People of Praise”, be condemned by them?

At stake is the famous “separation wall” between the State and religious communities. This principle, which has its origin in the American constitution and which guided Catholicism in America, inspired the postwar Catholic Church to build its own doctrine of distancing itself from the political sphere. Biden respects this tradition, both as an American and as a Catholic.

But the extreme polarization between conservatives and liberals in society and in the Catholic Church itself is causing the destruction of this tradition: on the one hand, by Donald Trump, who skillfully uses religious symbols to fuel American nationalism and stir up the conservatives versus the liberals; and now, by Pope Francis, who, with his intervention, shows that the Catholic Church is also ready to break the wall of separation.

Madalena Meyer Resende (on Twitter: @ResendeMeyer) is one of Café Europa’s resident commentators at Rádio Observador, along with Henrique Burnay, João Diogo Barbosa and Bruno Cardoso Reis. The show will air every Monday at 2 p.m. and 10 p.m.

The opinions expressed here are binding only on the author.

You can hear the latest Café Europa here

Facebook to further promote public groups on its platform