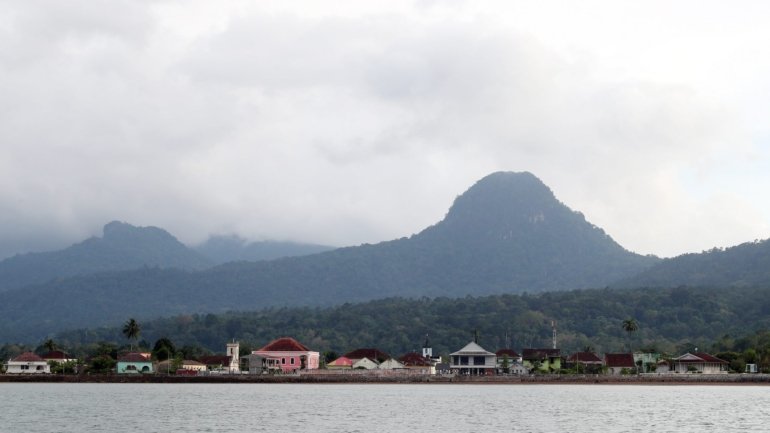 The government of São Tomé and Príncipe has announced that the country will soon issue public tenders for the construction of two hydroelectric power stations, one in Rio Grande, the other in Bombay.

“We are developing hydroelectric projects, with the support of the World Bank, the African Development Bank and the UNDP [Programa das Nações Unidas para o Desenvolvimento] with particular emphasis on the Rio Grande and Bombay basins ”, declared the Minister of Public Works, Infrastructure, Natural Resources and Environment of São Tomé, Osvaldo Abreu, this Wednesday, at the end of the night, during of his speech at the closing session of the Energy and Climate Forum.

In the near future, we plan to resume the public tender for these two hydroelectric power stations, in addition to the one on the Papagaio river, which is already underway, ”added the Sao Tome government official.

With these solar hydroelectric and photovoltaic energy projects, delayed by the Covid-19 pandemic, but also due to certain uncertainties among investors about the country’s economic situation, São Tomé and Príncipe believes that it will be possible “in 2025 to have renewable energy production in excess of 60% of needs ”, stressed Osvaldo Abreu.

For the minister, one of the great challenges of the country, which has a very high share of electricity production through diesel plants, is precisely that of energy transition.

Because, despite the fact that the national production is quite low – around 18 megawatts, he said – the country only produces two megawatts from renewable sources, that is, with the hydropower plant of Contador, he explained.

This is one of the greatest strategic challenges for our country, this government and the governments that we have had. And efforts have been made to change this process, ”he said.

For this reason, in addition to an energy transition plan, the country has also drawn up an energy emergency plan, taking into account not only that the question of the proportion of diesel / renewable production “is acceptable”, but also the difficulties he encountered “in guaranteeing the fuel, diesel, for factories,” said the minister.

The country has already faced fuel supply disruptions on certain occasions, “with quite alarming social problems,” he recalled.

“[Isto] it has led us to speed up the energy transition process and to invite investors to make proposals, so that we can move on to the implementation of certain projects in a short time. We are talking about energy with the solar photovoltaic base, ”he said.

The minister guaranteed that there were several proposals, with memoranda and agreements signed for the construction of photovoltaic power plants, but, due to the pandemic, these suffered delays. However, according to Osvaldo Abreu, the executive is currently “in talks with the World Bank to resume these processes”.

The Minister concluded his speech at the closing session of the Energy and Climate Forum by appealing to partners to help the country create “a kind of guarantee fund so that investors feel more comfortable” to invest in São Tomé and Príncipe, thus allowing a faster implementation of these projects.

“Because as part of our efforts to attract investors to our renewable energy system,” it was noted that the country’s weak economy “is an obstacle” to the “sustainability of the investment itself, ”he stressed.

During the closing session of a cycle of 23 conferences on solutions to the climate crisis, which took place this Wednesday evening, the Energy and Climate Forum brought together environment ministers from the Community of Portuguese speaking country (CPLP) for a conversation, in a virtual environment, broadcast live on social networks.

For the President of the Energy and Climate Forum, Ricardo Campos, “global crises require global responses and the Portuguese-speaking front can play a decisive role, since it represents 270 million people, with very different countries and with different needs” .

Thus, promoting a conversation around global crises and giving voice to the “space of friendship and cooperation” of the CPLP is the main objective of the forum, he said.

Man seriously injured: attack at the synagogue in Hamburg – politics