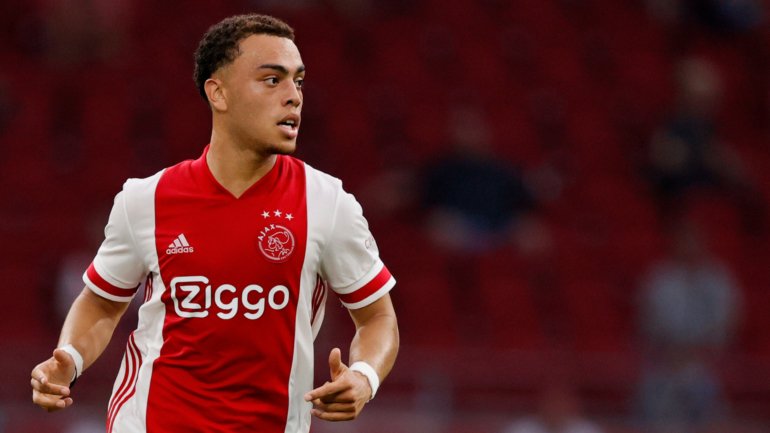 It was in the mouths of the world at the start of the year, when it still seemed that the big topic of 2020 would be the attack by the United States which ended up killing Iranian military leader Qassem Soleimani and opened the leads to tensions between the two countries. In January, in the aftermath of Iran’s reprisals, by hitting two Iraqi bases hosting American soldiers, Sergiño Dest chose to play it safe and abandon Ajax’s stage in Qatar.

Eight months later, Sergiño Dest returns to the theme of the day. The 19-year-old was announced on Thursday as Barcelona’s new reinforcement and emerges as the Catalans’ response to the departure of Nélson Semedo, who has moved to England to further increase the Portuguese contingent from Wolverhampton. After just one season in Ajax’s main squad, where he did most of the training, the USA international was chosen by Ronald Koeman as the main alternative to Sergi Roberto on the right side of the defense.

Dest played 35 games for Ajax last season and scored two goals – in a year that ended prematurely for Dutch football as the league did not restart after quarantine and was called off end of April without rights. the national champion. Before the deal with Barcelona was made, the right-back has already played three games this season for Erik ten Hag’s side. Arrives in Catalonia in exchange for 21 million plus five in variables, signed for five seasons and has a clause of 400 million euros.

Born in Almere, the Netherlands, Sergiño was the son of an American father and Dutch mother, grew up in Europe and grew up for football at Ajax. Yet even with the possibility of representing both the United States and the Netherlands internationally, the right-back has never played for a country other than the United States on the youth squad. . At the end of October last year and after a soap opera that filled the pages of the sports sections of both countries, the young player ended up joining the American team. The previous month, in September, he had made his first internationalization for the main team, especially against Mexico.

Despite being a product of the powerful Ajax team, Sergiño Dest thus becomes the most recent young American to join a major European club. Weston McKennie has left Schalke 04 for Juventus, Gio Reyna continues to shine at Borussia Dortmund, Tyler Adams is an important part of RB Leipzig and Pulisic is one of Lampard’s key players at Chelsea – in a batch that may include the keeper Zack Steffen (Manchester City), striker Josh Sargent (Werder Bremen), Timothy Weah (Lille) and also Chris Richards (Bayern Munich). In Portugal, the big example this summer was Reggie Cannon, a North American international who strengthened Boavista.

Young Americans, who until recently had only been discovered by the German market – Pulisic, Reyna and McKennie are an example – are now in trouble with European football and are reaching out to the giants who usually take part in major competitions. Sergiño Dest is the standard bearer, as he has always been Barcelona’s priority option to strengthen the defensive sector even before Nélson Semedo left Catalonia.

Mac M1 does not support eGPUs

IPhone 12 and 12 Pro sales: Tim Cook wants to be positive