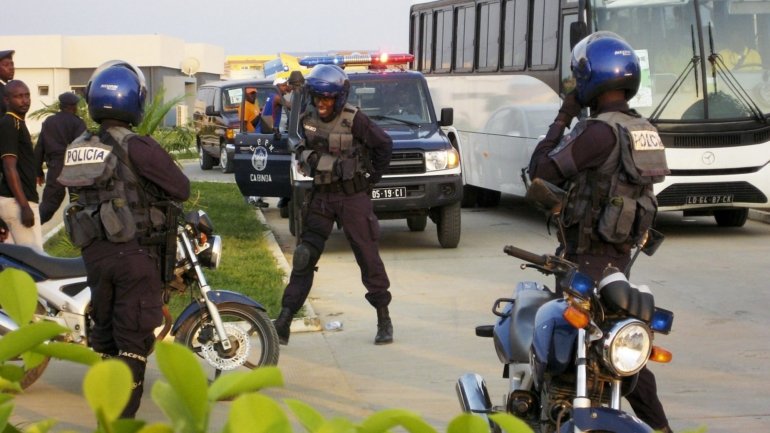 The Cabinda independence movement on Friday accused the Angolan armed forces of launching a “military operation against a group of unarmed civilians” in the Democratic Republic of Congo (DRC), near the border with the Angolan oil enclave.

“The Angolan Armed Forces (FAA) launched a military operation against a group of unarmed civilians suspected of being FLEC soldiers, near the border of Yema-di-Yanga and Mbaka-Khosi in the Kakongo sector, territory of Lukula, Kongo-Central province, in the village of Kinkiama ”, last Thursday, at 9.45pm, accuses a statement by the independent organization Front for the Liberation of the State of Cabinda – Armed Forces of Cabinda (FLEC-FLAC), sent to Lusa.

“The attack resulted in the death of 6 people, including 4 young boys beheaded”, accuses the FLEC in the text, in which it describes “the bloody incursion of the FAA in the center of the Congo” (DRCongo).

“The village of Kinkiama is suspected of being the rear base of the FLEC-FAC, according to the Angolan authorities”, adds the text, which describes a state of “confusion” in the region “around the presence of Angolan soldiers in several villages . Central Congo in the DRC, near the border with Cabinda ”.

“The FAC’s military high command denounces the incursion of Angolan soldiers into Congolese territory, under the pretext of driving FLEC soldiers out of Cabinda”, and “informs national and international public opinion” that the FAC “has neither soldiers or bases “rear RDCongo.

“The FLEC-FAC has been fighting on the territory of Cabinda against the Angolan invaders since its creation, we respect the sovereignty and territorial integrity of the DRCongo. There is not a single FLEC soldier in the two Congos, ”the DR Congo and the Republic of Congo, according to the movement.

Lusa questioned the Angolan Defense Ministry about the FLEC-FAC allegations without ever obtaining confirmation regarding the clashes and the casualties of the Angolan armed forces.

The Angolan province of Cabinda, where most of the country’s oil reserves are concentrated, is not contiguous to the rest of the country, and for many years local leaders have defended independence, alleging an autonomous colonial history of Luanda .

The FLEC, through its “armed wing”, the FAC, fought for the independence of this province, claiming that the enclave was a Portuguese protectorate, as established in the Treaty of Simulambuco, signed in 1885, and did not not an integral part of Angolan territory.

Cabinda is bordered to the north by the Republic of Congo, to the east and south by the Democratic Republic of the Congo and to the west by the Atlantic Ocean.

Trump praises himself – despite 200,000 corona deaths: “We saved millions of lives” – politics

Cape Verde identifies players who buy more than 2,750 euros in chips in casinos