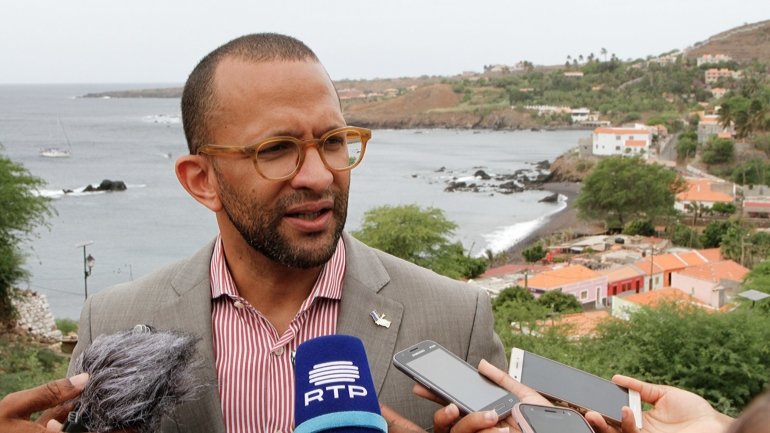 The Minister of Culture and Creative Industries of Cape Verde, the country which holds the rotating presidency of the Community of Portuguese Speaking Countries (CPLP), defended on Friday that the organization should create a fund to promote investments in the sector.

“From our perspective, the CPLP must be more ambitious”, in the sense that institutional barriers are overcome, and “start working in countries, with people, with efficient and perhaps less bureaucratic projects”, a- he declared. Abraão Vicente, at the opening of the Dialogue Cycle “Cultural and Creative Industries at the CPLP: The Audiovisual Sector”, promoted by his ministry and by the executive secretariat of the community, taking place in a virtual environment.

In this sense, “it is also essential that the CPLP is aware that, as in other countries and in other sectors, [no das indústrias criativas] you need a financial investment, ”he added. A fund that finances projects, but also the mobility of agents in the sector, because international travel is one of the most expensive components.

The Minister also underlined “the immense disparity between the countries” of the CPLP in terms of development perspectives of the cultural sector and underlined the need for a differentiated policy for the Portuguese speaking African countries (PALOP).

We cannot talk about community without talking about Brazil and Portugal. Brazil to be the market that it is and Portugal to be part of the European Union. And we, the PALOP countries, must have a differentiated policy here, so that these countries not only value their indigenous production, but that they can also have access to the production of other countries ”, he defended.

For the member of the Cape Verdean executive, “the beginning of a common market for the arts, culture and creative industries undoubtedly involves facilitation, the link between the PALOP countries and the recognition of the gap that still exists for to achieve and have access to the conditions experienced by countries like Portugal and Brazil ”.

Abraão Vicente referred to the European Union’s financial envelope for support in the context of the Covid-19 pandemic, to stress that in Africa, “none of the African multilateral organizations has even addressed this aspect for the sectors economic, even less for the cultural sector ”.

The cultural sector, however, was the first to close with the pandemic and will be the last to open up, ”he said.

For the Minister, the entire cultural sector and the institutions are going through “very worrying” times, in the capacity to mobilize and build new projects and solutions.

In this context, he considered that the challenges of the CPLP “are gigantic”, because even before Covid-19 it had not yet succeeded in consolidating the market, it had not created links that would allow mobility between artists, continuing education and knowledge sharing.

So for the post-Covid-19, Abraão Vicente pleaded for the challenges of the community to be: institutional strengthening, the construction of a legal framework that allows everyone to have the same perspective on copyright , a greater framework and interaction with multilateral organizations, such as the World Intellectual Property Organization and UNESCO, and to have a pragmatic position that financial investments are needed for the cultural sector.

The Ministry of Culture and Creative Industries of Cape Verde and the Executive Secretariat of the CPLP have organized the cycle of dialogues in a virtual environment, which will take place this Friday and the next 7 and 14.

The event is part of the CPLP Strategic Plan for Multilateral Cultural Cooperation, adopted by the IXth Meeting of CPLP Culture Ministers, held in Maputo, in 2014, and aims to contribute to the global debate on cultural industries and creativity and access to culture for all in the context of a pandemic.

The initiative is also seen as an opportunity to reflect on the potential of the 3rd edition of the CPLP Audiovisual Program (PAV III), which is expected to be launched by the end of 2020. The CPLP includes Angola, Brazil, Cape Verde, Guinea-Bissau, Equatorial Guinea, Mozambique, Portugal, São Tomé and Príncipe and Timor-Leste.

The United States 2 days before the election: Obama and Biden fight together – politics

Anandtech: The M1 processor would actually be more powerful than the Intel Core i9

Aid of € 90 million for a loss of € 36 billion: trade and gastronomy complain about poor coronary payouts – the economy

Anti-terrorist prosecutor called in: man beheaded in the street near Paris – politics