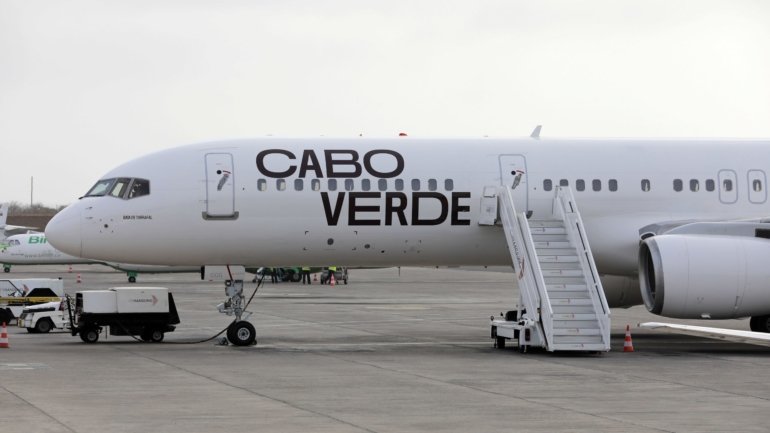 Cabo Verde Airlines (CVA) management told Lusa it was paying back wages on Friday, a process expected to be completed next week, making sure it “hasn’t abandoned” the workers. , as the unions denounced.

Asked by Lusa about the situation of the company, led by Icelandic investors and that since March, it has not operated regular flights due to the closure of Cape Verde’s borders to contain the Covid-19 pandemic, CVA’s chairman of the board, Erlendur Svavarsson, said that “the objective of shareholders and management is to prepare the company” for “the resumption of operations as soon as pandemic conditions permit”.

However, the health, safety and financial condition of airline employees is of utmost importance. An extension of the dismissal regime put in place by the government of Cape Verde has been approved, so that steps can already be taken to reflect this reality, ”added Erlendur Svavarsson, also executive director of the company.

He also assured that “shareholders continue to talk about the future resolution of the long-term finances of the airline”.

In March, the airline had 330 workers and the administration did not quantify the arrears.

Management and shareholders have not abandoned the employees and in fact salaries are paid today and we expect all remaining employee balances to be put back in order by next week at the latest, ”said Erlendur Svavarsson .

At a press conference on Tuesday, the permanent secretary of the Union of Transport, Telecommunications, Hotel and Tourism (Sitthur), Carlos Lopes, accused the CVA administration of letting the workers of the company “ completely abandoned and to their fate ”.

The union leader accused the administration of making “all kinds of excuses to try to justify the non-payment of wages to workers and does not give them any satisfaction.” He pointed out that workers in a situation of dismissal – receive 70% of their salary, divided equally between the company that employs them and by the National Institute of Social Security (INPS) “survive” with only 35% of their normal salary, taking into account the delays of the CVA.

Cape Verdean Prime Minister Ulisses Correia e Silva declared on September 7 that the negotiation of public support for the CVA “is complex”, but guaranteed that the company, shut down for another six months, “will continue to exist”.

In an interview with the Lusa agency, Ulisses Correia e Silva assumed that the situation the CVA is going through, with the archipelago closed to regular international air links to stop the covid-19 pandemic, is identical to that of “most airlines around the world ”.

This in relation to the failure to carry out the flights and the resulting economic and financial consequences. Business feasibility solutions in the context of the coronavirus pandemic are not easy in Germany, France, Portugal, any other country and obviously also in Cape Verde, ”he said.

The head of government added that the executive is working with the CVA leadership – since March 2019, led by Icelandic investors – in a “complex framework” of support, but left the guarantee: “It is certain that whatever or the final decision, the CVA will continue to exist and will be the flagship company ”.

Negotiations have been known for several weeks between the government and the CVA administration on state support for the company, which has not yet been understood.

It is a company privatized for a year and a half, in which the State still holds 39% of the capital, but which has been completely stopped since the suspension of international flights to the archipelago.

Cape Verde remains closed to international flights, retaining, since August 1, only an “air corridor” with Portugal for “essential flights” in both directions, which require the presentation of negative tests for covid-19 .

In March 2019, the State of Cape Verde sold 51% of the then-public company TACV (Transportes Aéreos de Cabo Verde) for 1.3 million euros to Lofleidir Cabo Verde, a 70% -owned company by Loftleidir Icelandic EHF (Icelandair group, which retained 36% of the CVA) and 30% by Icelandic businessmen with experience in the aviation sector (who assumed the remaining 15% of the privatized 51%) .

The Cape Verdean government this year concluded the sale of 10% of CVA shares to workers and emigrants, but the remaining 39%, which should be sold on the stock exchange, to private investors, will now remain in the domain of the State, announced a decision by the executive because of the effects of the pandemic.

For a subject of citizenship in secondary education | Opinion

G20 GDP with a record drop of 6.9% in the 2nd quarter compared to the previous one due to the pandemic – Observer

Head of Lufthansa at BER: Carsten Spohr: “We are again the market leader in Berlin” – economy