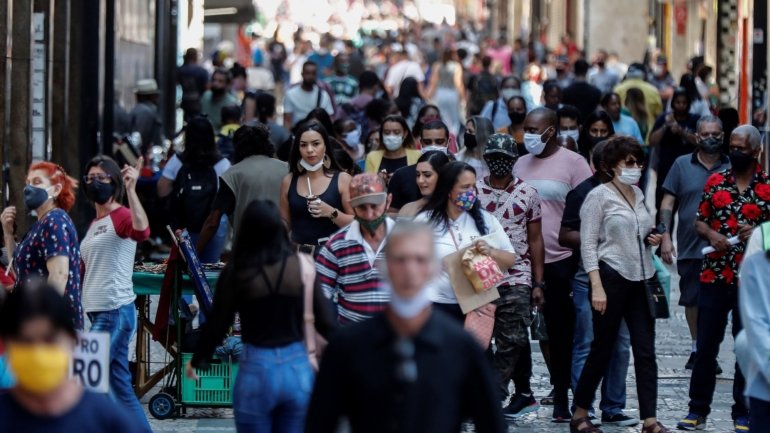 The Brazilian state of São Paulo has passed the threshold of one million confirmed cases of covid-19, regional health officials said on Saturday, after being informed at the state level of 6,096 other infections in the past. last 24 hours.

With the latest data, the cumulative total of contagions in Brazil’s most populous state (46 million people) has risen to 1,003,429. The death toll is now 36,136, with 180 other deaths recorded this Saturday.

The number of isolated cases from São Paulo represents one of the highest marks of the spread of the new coronavirus in the world, being only behind the total number of cases of four countries: the United States, India, Brazil and Russia, surpassing the accumulated data of others. countries heavily affected by the pandemic, such as Colombia, Peru and Spain.

São Paulo recorded the first infection with SARS-CoV-2 on February 26, in what was also the first case in Latin America; about three months later, on May 29, the number had already reached 100,000. The trend of exponential growth became very noticeable in the following two months, quintupling to 500,000 on July 28, totaling up to a half. million cases since then until today.

Despite the high figures, the mortality and infection curves for covid-19 have been declining for several days. The daily average of deaths over the past 14 days was 153, which is a 20% drop from figures two weeks ago.

Continuously, the bed occupancy rate in intensive care units, which reached more than 80% at the height of the pandemic, fell to 43.7% on Friday.

Brazil is the second country with the most covid-19 deaths in the world after the United States, with 145,388 deaths, and the third with more infections, behind the United States and India, with approximately 4.9 million cases.

The covid-19 pandemic has already claimed more than one million lives and more than 34.6 million cases of infection worldwide, according to a report from the French agency AFP.

Unusual: The Tokyo subway gets vacuum cleaners with AirPods

First TV game before US election: Biden calls Trump an “idiot” – and holds the position – politics