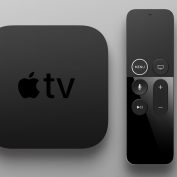 Siri is available in Switzerland on iPhone and iPad, but not on Apple TV. Things are about to change as some users noticed the availability of the voice assistant on their Apple TV.

It appears – this has yet to be confirmed – that it is linked to tvOS 14, which in the final version will be available for a few weeks. But not everyone is affected right now. Apple will likely be rolling out this novelty gradually. Those who do not yet have access need to be patient.

There used to be a way to have Siri in Switzerland (or Belgium) on your Apple TV: you had to change the region of the TV box by going to Settings and setting France, for example. This manipulation is no longer necessary.

Apple has not yet officially announced official support for its voice assistant on Apple TV. Apple still lists 13 compatible countries on its website:

On another page that is still dedicated to Siri on Apple TV, Apple talks about Siri support in French for France and Canada, but not for other countries.

In France, we’ve had Siri on Apple TV (and all other Apple devices) for a while. Apple has never really explained why Switzerland and Belgium are experiencing a blockade on Apple TV.

Apple AirTags would be postponed to March 2021

The incidence rate of new cases corresponds to April levels. What does it mean? | Coronavirus