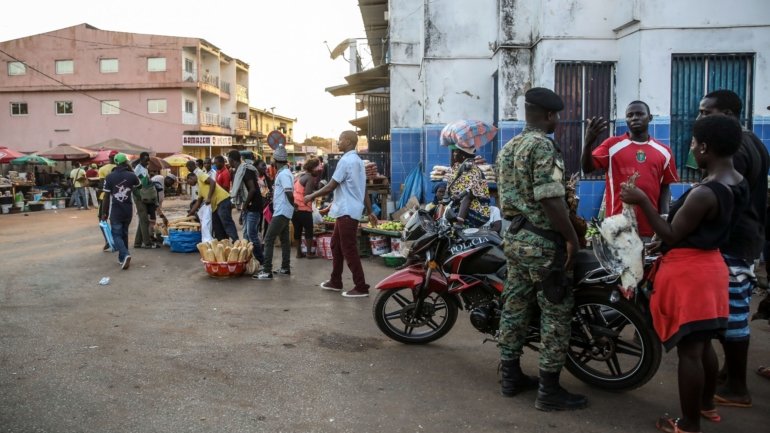 Schools in Guinea-Bissau returned on Monday to receive students, seven months after an interruption caused by the pandemic caused by the new coronavirus, with strong measures to avoid contagion by covid-19. In a speech on the occasion of the resumption of classes, the Guinean Minister of Education, Jibrilo Balde, called on parents to send their students to school and announced that the country expected to complete 218 days of school.

The courses will take place from Monday to Saturday, announced the minister. Classes generally take place in Guinean public and private schools from Monday to Friday. Given the situation caused by covid-19, the Department of Education decided this year that each class should have a maximum of 30 students, divided into 15 desks with two students each, seated at the ends.

The use of a mask and hand washing are compulsory when the student enters the school premises.

Lusa discovered in several schools in Bissau that there were containers with water, soap and bleach for students to wash their hands before entering classrooms. Teachers stood in front of the classes to confirm that the students had taken masks and bottles of gel alcohol with them, as required by the Education Ministry.

In several schools of Mansoa (north) Bafatá (east) and Catió (south) contacted by Lusa, classes have resumed “although with a greater presence of pupils” in the establishments managed by the Catholic Church in these localities. from the interior of Guinea-Bissau. Minister Jibrilo Baldé is convinced that the school year “will succeed, despite the constraints caused by covid-19”, but has called on teachers’ unions to order associates to teach.

What we have to discuss will be debated in due course, as agreed, always based on dialogue, without force, ”observed Baldé, admitting the existence of debts to teachers and which will be paid by the government, he said. he says.

The unions (Sinaprof, Sindeprof and SIese) which represent different categories of teachers have already threatened to strike if the government “does not respect a memorandum of understanding” initialed last March. The resumption of classes in schools in Guinea-Bissau was scheduled by the Government on September 14, but the recommendations made at the time by the High Commissioner against Covid-19, Magda Robalo, motivated the postponement for today, in allegation of the existence of student contagion risks.

The climate, food in the Covid-19 era and the European budget