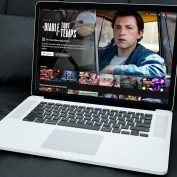 Apple has registered new Mac credentials with the Eurasian Economic Commission (EEC). We can therefore expect the imminent arrival of these new computers.

We don’t yet know which Mac models the models refer to. We can at least expect a Mac with the Apple Silicon processor. Apple has already announced that the first Apple Silicon Mac will be released at the end of the year. A recent leak indicated that the presentation and availability will be sometime in November.

The EWG also lists many references for devices with iOS. Some are already commercially available, but some are not. It’s probably the iPhone 12.

iOS 14.3: The public beta is available