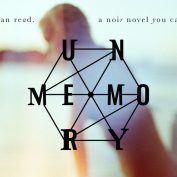 Unmemory (App Store Link – 4.99 Euro – iPhone / iPad) is a kind of hybrid between Memento (the film) and Device 6 (the Simogo game), which was developed by the Spanish studio Patrones y Escondites. In this investigation game, the player is invited to follow the journey of a man in search of his wife’s murderer, knowing that he is exposed to a serious memory disorder. The peculiarity of this really original title is that there is text to read, a lot of text, a bit as if we were browsing version 2.0 of a “book whose hero you are”.

The imagination is necessarily very stimulated, which isn’t necessarily a bad thing at a time when we swear by 4K and photorealistic renderings. The other strong point of the title is the full translation into French. This is all the more commendable as the first trailer cast doubt on the VF version.

Problems with iPhone 12 and TousAntiCovid apps