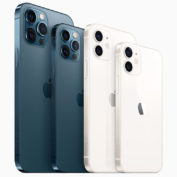 The iPhone 12 could be a huge hit. According to Digitimes, Apple will produce at least 70 million iPhone 12s, iPhone 12 mini, iPhone 12 Pro and iPhone 12 Pro Max by the end of the year. It could even be up to 80 million copies.

The success could be explained by the choice between the different iPhones. The iPhone 12 mini will appeal to those who prefer “small” screens. This model has a 5.4 inch panel. On the other hand, there is the iPhone 12 Pro Max with its large 6.7-inch screen that will interest a different audience. And then come the 6.1-inch intermediate models, namely the iPhone 12 and the iPhone 12 Pro.

In addition, the A14 offers better performance. We’ll also find support for 5G, which could be a reason for some to switch phones and buy the new iPhone.

Difficult fight against terrorism in the EU: the distrust of the secret services – politics