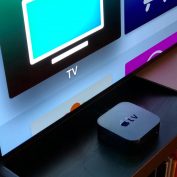 It’s over for the Apple TV Remote app. Apple has withdrawn its iPhone and iPad application, which provides the remote control equivalent for Apple TV. It came in handy for those who lost the remote control or didn’t have it around.

It must be said that his withdrawal is moderately surprising. Apple rarely offered updates. In fact, the last one is from March 2019 and only the icon has changed, that is. Another element is that Apple TV Remote functionality has been available in the Control Center for a number of years.

To set up the Apple TV Remote, open the Control Center on your iPhone and tap the Apple TV Remote feature. Then select your Apple TV from the list that appears. When prompted, follow the on-screen instructions to enter the four-digit code on your device. This service has been available since iOS 12.

If you’ve already downloaded the Apple TV Remote app, you can continue to use it as usual. However, Apple will no longer offer an update. And if you haven’t downloaded it, it’s over now. The only alternative is to go through the functions of the control center.

Cardinal Angelo Becciu, one of the strongmen of the Vatican, has been removed from the Holy See and is no longer a cardinal – Observer

USA with 30.3 million applications for unemployment benefit in six weeks

Guy Leschziner: “Our modern way of life is not conducive to a good night’s sleep” | Interview