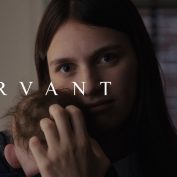 Apple released the Servant season two trailer today. It will be available on Apple TV + starting January 15, 2021. There will be 10 episodes, with a new episode every Friday.

After an exciting first season, the second season of the thriller takes a supernatural turn. When Leanne’s true nature is revealed, a darker future opens up for everyone.

M. Night Shyamalan posted a tweet to announce the second season of Servant.

Thank you my friends. Love and respect for both of you @StephenKing @RealGDT @Servant Season 2 hits the @AppleTV app on January 15th. https://t.co/1dggv7GkxM # Servant pic.twitter.com/EvO2IJUeu0

US Presidential Election: Joe Biden is more than just not Trump politics