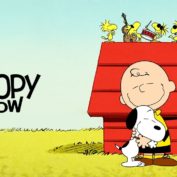 Apple has signed an agreement with WildBrain for exclusive content for Snoopy on Apple TV +. There will be the Snoopy Show and programs for some events: Halloween, Christmas, New Years, Thanksgiving, Mother’s Day, and more. And for Snoopy fans, Apple TV + exclusivity is a problem.

A petition has appeared on Change.org. More than 100,000 signatures are already listed. The petition author explains that Snoopy’s specials have been on television for more than 50 years. Now availability on Apple TV + only “prevents” them from being found.

“Of course we can’t allow that,” the petition says. The goal is to withstand Apple and WildBrain (which own the Snoopy license). This exclusive deal is “a mistake” according to the petition. She also believes Apple is breaking the tradition of television.

“We tell Apple and Wildbrain that we will not fall for their greed. Our goal is to get Snoopy back on TV and revive tradition, ”the petition continues. It was born a week ago and is still very active today.

Apple TV + can be accessed through the Apple TV app. This is available on iPhone, iPad, Apple TV, and Mac. It can also be found on some smart TVs. The streaming service can also be accessed over the Internet at tv.apple.com. Snoopy fans may not be aware of this and think that it is limited to Apple products, hence the petition. It’s true that Apple doesn’t communicate much about Apple TV + support for other platforms, which doesn’t really help.

In the meantime, neither Apple nor WildBrain have responded to the petition.

Cyanobacteria cause mysterious deaths of 300 elephants in Botswana – Observer

The law on the work of child influencers was finally passed

Video recordings from a Berlin bar: AfD spokesperson wanted to let refugees into the country to gass them later – Politics